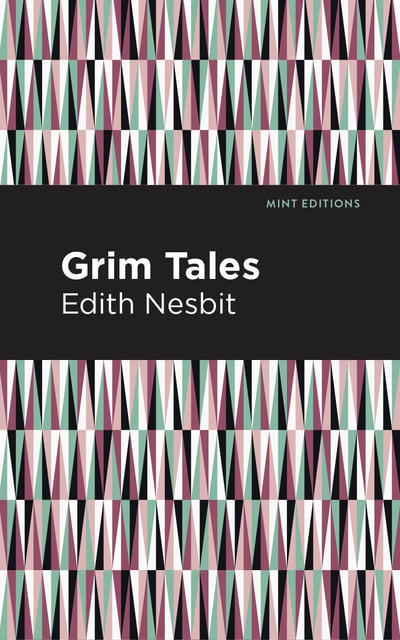 Grim Tales (1893) is a collection of seven horror stories by English writer Edith Nesbit. Noted for her work as an author of children’s novels and stories—especially her beloved Bastable and Psammead Trilogies—Edith Nesbit crafts tales of wonder, mystery, and terror for children and adults alike. Grim Tales, one of the author’s early works, is a collection of tales of horror aimed at an adult audience.

In “The Ebony Frame,” an impoverished journalist receives an unexpected inheritance from his Aunt Dorcas, a wealthy widow. With a sizeable fortune and a furnished home in Chelsea, he settles into a life of comfort. Early in his stay, however, he discovers on the wall a mysterious frame, which he had never seen before in his frequent visits. Jane, his aunt’s housemaid, informs him of the frame’s recent purchase, and sends him searching for its original contents in the house’s attic. He finds a strange set of portraits. In one, he quickly recognizes his own face. From the other, a beautiful woman stares out, her eyes strangely familiar. In “John Charrington’s Wedding,” a best man describes the mysterious events leading up to his friend’s day of marriage. After witnessing John promise to his fiancé May that, if necessary, he would return from the grave just to marry her, the narrator is filled with a sense of dread about the approaching wedding. As the day approaches, and as John mysteriously disappears, his best man wonders if the promise he witnessed was not, in fact, a prophecy too terrible to imagine.

With a beautifully designed cover and professionally typeset manuscript, this edition of Edith Nesbit’s Grim Tales is a classic of English literature and horror fiction reimagined for modern readers.