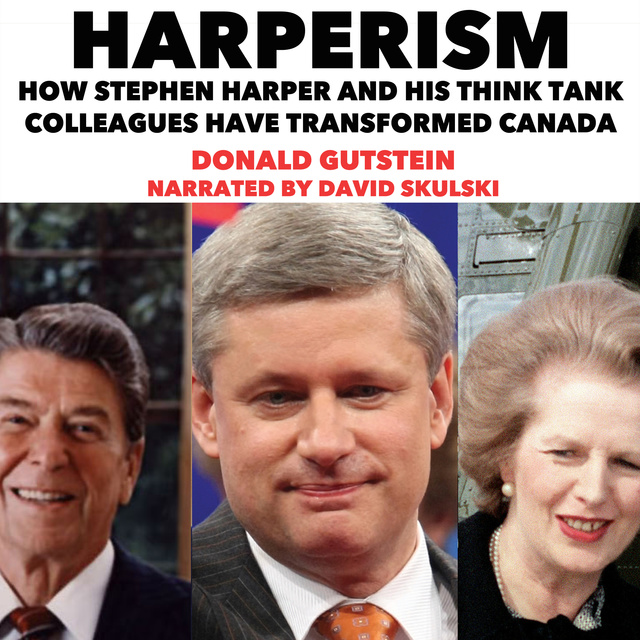 Harperism: How Stephen Harper and His Think Tank Colleagues Have Transformed Canada

Harperism: How Stephen Harper and His Think Tank Colleagues Have Transformed Canada

Margaret (Maggie) Thatcher, the Iron Lady, and her neo-conservative philosophy transformed British political life forever. Actor turned politician Ronald Reagan, selling “trickle down” economics, did the same to political life in the United States. In Harperism, Donald Gutstein details how Stephen Harper accomplished a similar dramatic shift to the right and a introduced a new kind of politics in Canada. It’s key tenets include:

Canada’s economic prosperity is strengthened when labour is weak–especially when unions disappear
Public policy making is improved by cutting government scientific research and data collection
Converting First Nations reserves to private property improves the conditions of life for aboriginal peoples
Inequality of incomes and wealth is a good thing–and Canada needs more of it
These and other central ideas that make-up Harperism flow from the neo-liberal economic theories of Austrian economist Friedrich von Hayek and his disciples in the U.S.A and inspired Reaganism and Thatcherism.

“This was a great compliment to Party of One (Michael Harris)” – “This is an important book!”

In Canada, Stephen Harper has managed to take neo-liberalism much further in several key areas. As Donald Gutstein details, Harper has accomplished this using a successful strategy of incremental change coupled with denial of the underlying neo-liberal analysis that explains these hard-to-understand measures.

Harperism’s success is no accident. Donald Gutstein documents the connections between the think tanks, politicians, journalists, academics and researchers who nurture and promote each other’s neo-liberal ideas. They are funded by ultra-rich U.S. donors, Canadian billionaires like Peter Munk, and many large corporations–all of whom gain from the ideas and policies developed and pushed by Harperites.

This book sheds new light on the last decade of Canadian politics, and it documents the challenges that Harperism–with or without Stephen Harper–will continue to present to the many Canadians who do not share this pro-market world view. 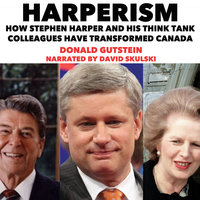