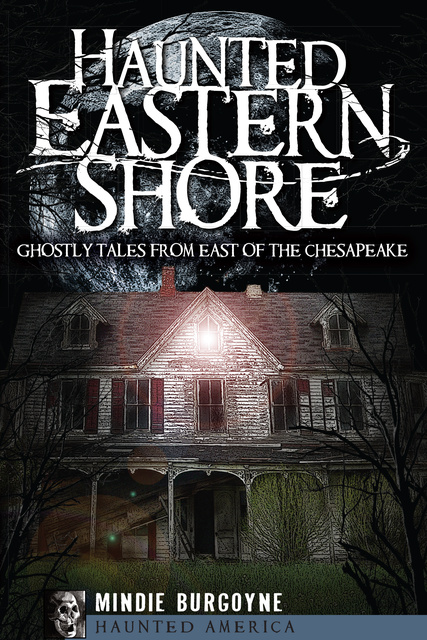 Haunted Eastern Shore: Ghostly Tales from East of the Chesapeake

Haunted Eastern Shore: Ghostly Tales from East of the Chesapeake

Terrifying tales of the ghosts that roam the marshes, swamps, and waterways of the nine counties on Maryland’s eastern shore.

They walk beside the murky waters of the Chesapeake Bay, linger among the fetid swamps and roam the manor halls. These are the tormented souls who refuse to leave the sites of their demise. From pitiless smugglers to reluctant brides, the ghostly figures of the Eastern Shore are at once terrifying and tragic. Mindie Burgoyne takes readers on a spine-tingling journey as she recounts the grisly events at the Cosden Murder Farm and the infamous legend of Patty Cannon. Tread the foggy lanes of Kent Manor Inn and linger among Revolutionary War dead to discover the otherworldly occupants of Maryland’s most haunted shore.

“A compilation of tales of hauntings and mysteries in the Eastern Shore area . . .The response to the book was so overwhelming, Burgoyne began organizing bus tours that travel to the sites, allowing her fans to see firsthand the location of the hauntings.” —Cumberland Times-News