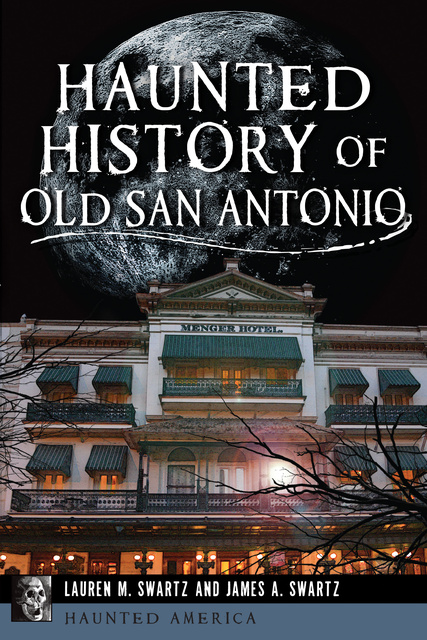 Everything is bigger in Texas—including ghosts—especially in San Antonio, considered one of the ten most haunted cities in the world by National Geographic.

As the saying goes, “dead men tell no tales.” Or do they? From its humble beginnings as a Spanish settlement in 1691 to the bloody battle at the Alamo, San Antonio’s history is rich in haunting tales. Discover Old San Antonio’s most haunted places and uncover the history that lies waiting for those who dare enter their doorways. Take a peek inside the Menger Hotel, the “Most Haunted Hotel in Texas,” and just a block away, peer into the Emily Morgan Hotel, renovated after a decade of being vacant, was once the city’s first hospitals where many men and women lost their lives. Explore the San Fernando Cathedral, where people are buried within the walls and visitors claim to see faces mysteriously appear. Uncover the legends behind Bexar County Jail. Join authors James and Lauren Swartz and decide for yourself what truly lurks behind the Alamo City’s fabled past.