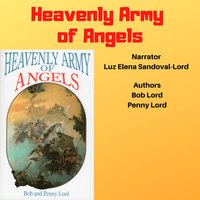 "Suddenly, a Heavenly Army of Angels was with the Angel, singing praises to God: Glory to God in the highest Heaven, and peace on Earth to men of good will." Luke 1:13-14

"Put on the armor of God, that you may be able to stand against the wiles of the Devil. For our wrestling is not against flesh and blood, but against the Principalities and the Powers, against the world rulers of this present darkness, against the spiritual forces of wickedness on high." (Eph 6:11-12)

If ever there was a need for Angels, it is in our present time. How can you call on someone you do not know?

Read about the Angels and their part in your life.

Lucifer and his army of fallen angels

Jesus and the Angels

Mary and the Angel Gabriel

Our Lady of Pilar and the Angels

Mary and the Angels at Knock

The Angel and the Miraculous Medal

Fatima and the Angel of Peace

Angels in the lives of the Saints and the Popes