Caught in the middle of a titanic struggle between two alien superpowers, the factions of humanity and their allies, the Ildirans, are under siege. Can they resolve their differences to fight a
common threat?

For the leader of the Roamers, survival means extending a helping hand to others, while the chairman of the Terran Hansa plans to use an untested alien weapon regardless of the consequences. And for
the new Ildiran Mage-Imperator, survival involves throwing off the traditions of the Empire, even if it is a path that leads to civil war.

As old intrigues and dark secrets come to light, a man believed to be long dead returns, with an ally who may save mankind. But this fragile hope will be threatened by a fresh betrayal—the most bitter
and brutal of them all. 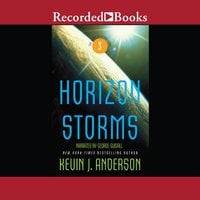