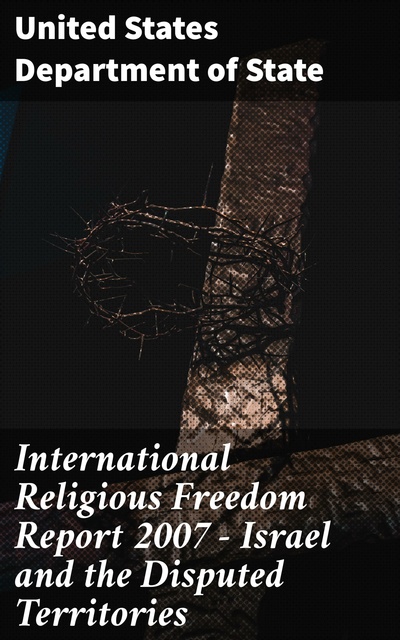 International Religious Freedom Report 2007 – Israel and the Disputed Territories by the United States Department of State is about the religious freedom of Israel and various other countries. Excerpt: "THE OCCUPIED TERRITORIES (INCLUDING AREAS SUBJECT TO THE JURISDICTION OF THE PALESTINIAN AUTHORITY) The Palestinian Authority (PA) does not have a constitution; however, the Palestinian Basic Law provides for freedom of religion, and the PA generally respected this right in practice. The Basic Law states that Islam is the official religion but also calls for respect and sanctity for other "heavenly" religions and that the principles of Shari'a (Islamic law) shall be the main source of legislation."