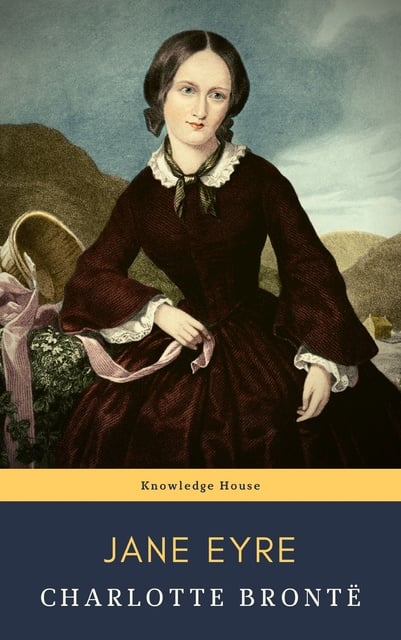 'Jane Eyre' is a story about an orphan child. Jane's parents died when she was still too little to remember them, and it is her uncle (her mother's brother) who takes her in. Jane's uncle also dies not to long after this, and he makes his wife, Mrs. Reed, promise him that she will take care of his niece as if she were her own. Unfortunately for Jane, her aunt does not fulfil that promise: She considers Jane a bourdain and dislikes her for being poor. Her children are no better. Under their mother's indulgence, they mistreat their cousin constantly, always making it clear that she is inferior to them.

It is only at age ten that Jane managed to get out of her aunt's house, but her quality of life does not improve much. She is sent to Lowood, a charity school directed by the cruel Mr. Brocklehurst, who does not hesitate in making the pupils face hunger, cold and even physical punishments in what he considers a chance to 'save their souls'.

Our protagonist remains at Lowood for eight years, six as a pupil and two as a teacher. After that, she decides that it is time to find a new situation and advertises in a paper offering her services to educate children. The only answer she receives comes from a place called Thornfield, in Millcote, and is addressed by a Mrs. Fairfax, who hires her to be the governess of only one child.

Jane's life in Thornfield Hall is more satisfactory that she could have expected. She likes Mrs. Fairfax, the housekeeper, and her little pupil Adele, who soon become very fond of her, too. Jane also gets to know Mr. Rochester, owner of Thornfield, with whom she develops a strange friendship that eventually turns into love. But it will be no long until she discovers that the unequal social positions and the difference of age are not the biggest obstacles that their relationship has to overcome. On the eve of their wedding a terrible secret comes out, tearing Jane away from everything she has ever known.