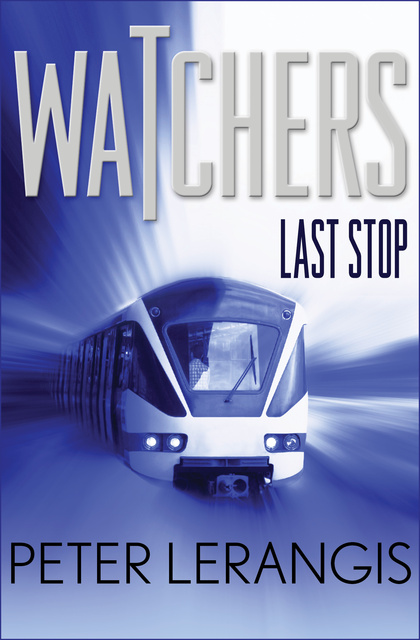 To find his missing father, a young boy must cross over to another dimension

It’s been six months since David Moore’s father disappeared. After months of strange behavior—baby talk, forgetfulness—he simply vanished forever. The Public Guardians searched Franklin City, but they couldn’t turn up a single clue. David is beginning to give up hope when his subrail train stops between stations at the abandoned Granite Street platform. On the other side of the glass he sees a crowd of people. In the middle is his father, waving. When a psychic suggests that David may have the power to see into another dimension, he and his friends scour the city in search of a portal to the other side. To learn if his father is alive or dead, David will need to discover the secrets of the abandoned station. Last Stop was selected by the American Library Association as a 1999 Best Book for Reluctant Young Adult Readers. This ebook features an illustrated biography of Peter Lerangis including rare photos and never-before-seen documents from the author’s personal collection.