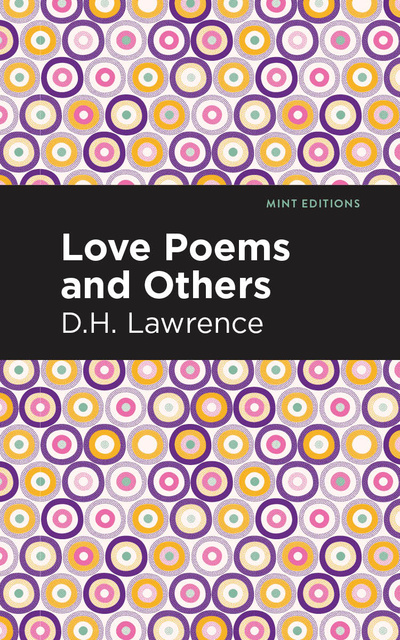 Love Poems and Others

Love Poems and Others

Love Poems and Others by D.H Lawrence features thirty-two poems of various lengths. With themes of love, marriage, gender, sexuality and emotional health, Lawrence’s work is both relatable and revolutionary. Separated into three sections, Love Poems and Others addresses an eclectic variety of human struggles. The first section, Love Poems explores how gender changes the expectations of love and sex. Through the portrayal of the search for love, this section examines the almost violent human need for connection, pondering how society both enables and prevents this instinctual need. The next section, Dialect reproduces and preserves the language and concerns of the people in Nottinghamshire, England, a county in the East Midlands in which D.H Lawrence spent most of his youth. Through the honest depiction of this region, modern-day readers are afforded the privileged understanding of this historic area as Lawrence portrays the intricacies of the people who once lived there. The final section of Love Poems and Others is titled Schoolmaster. Following the narrative of a schoolmaster, this section explores themes of masculinity and youth. Each of the thirty-two poems featured in Love Poems and Others is crafted with masterful rhythm, vivid imagery, and tender sentiment. Through the use of accessible language and relatable themes, Lawrence explores the taboo and unspoken in his poetry, provoking strong reactions. Including provocative perspectives, honest depictions, and representation of a local culture and dialect, Love Poems and Others proves to be as insightful as it is beautiful. Originally published over one-hundred years ago in 1915, D.H Lawrence’s Love Poems and Others simultaneously preserves the culture and customs of his time while also addressing social issues that modern society still struggles with, attesting to the timelessness of the human spirit. Featuring fan-favorite poems such as Lilies in the Fire and Dog-Tired, this edition of Love Poems and Others by D.H Lawrence is now presented with a stunning new cover design and is printed in an easy-to-read font. With these accommodations, modern readers are able to appreciate the gorgeous and substantial verses of the prolific and provocative author and poet, D.H Lawrence.