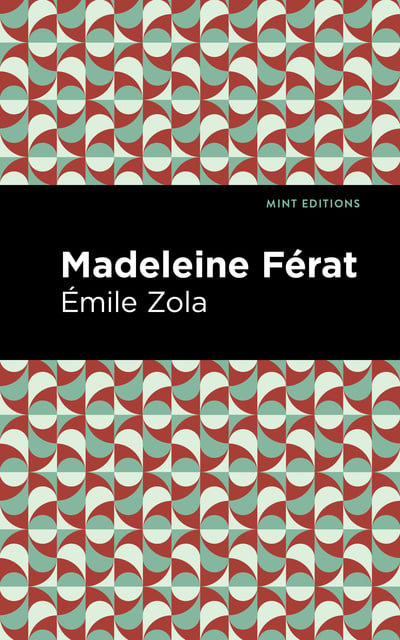 Madeleine Férat (1868) is a novel by French author Émile Zola. Following the success of his third novel, Thérèse Raquin (1867), Zola published Madeleine Férat to lukewarm critical acclaim. Intent on exploring taboo and the lives of people on the edge of society, Zola crafts a narrative capable of illuminating the human condition while humanizing those typically disdained by the literary elite. In 1920, Madeleine Férat was adapted into an Italian silent film starring Francesca Bertini.

To anyone who makes their acquaintance, Guillaume and Madeleine have a storybook romance—marriage, a child, the inheritance of a beautiful villa and a sizeable fortune; these things and more bless their family from the start and promise a lengthy, healthy relationship. As Madeleine adjusts to the comforts and curiosities of married life, she finds herself emboldened to share aspects of her personal history with Guillaume. One night, she decides to tell him a story involving a former lover, sparing no details on their sexual relationship.

To her horror, she discovers that her lover was once Guillaume’s best friend. Rather than amusing her husband, she shatters their idyllic existence, plunging him into doubt and despair while exposing herself to his hidden vindictive side. Madeleine Férat is a story of love, secrets, and the false promise of modern life. Written at the very beginning of Zola’s career, it shows the innerworkings of a young mind interested in subjects too often ignored by writers, a mind whose guiding principle is truth and truth alone. With a beautifully designed cover and professionally typeset manuscript, this edition of Émile Zola’s Madeleine Férat is a classic work of French literature reimagined for modern readers.