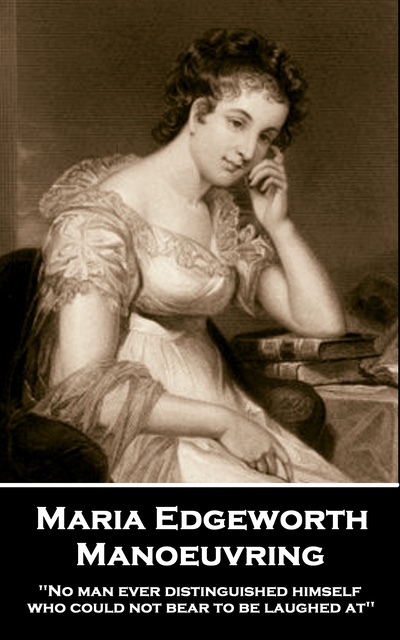 Maria Edgeworth was born at Black Bourton, Oxfordshire on January 1st 1768. Her early years were with her mother's family in England. Sadly, her mother died when Maria was five.

Maria was educated at Mrs Lattafière's school in Derby in 1775. There she studied dancing, French and other subjects. Maria transferred to Mrs Devis's school in Upper Wimpole Street, London. Her father began to focus more attention on Maria in 1781 when she nearly lost her sight to an eye infection.

She returned home to Ireland at 14 and took charge of her younger siblings. She herself was home-tutored by her father in Irish economics and politics, science, literature and law. Despite her youth literature was in her blood. Maria also became her father's assistant in managing the family’s large Edgeworthstown estate.

Maria first published 1795 with ‘Letters for Literary Ladies’. That same year ‘An Essay on the Noble Science of Self-Justification’, written for a female audience, advised women on how to obtain better rights in general and specifically from their husbands.

‘Practical Education’ (1798) is a progressive work on education. Maria’s ambition was to create an independent thinker who understands the consequences of his or her actions.

Her first novel, ‘Castle Rackrent’ was published anonymously in 1800 without her father's knowledge. It was an immediate success and firmly established Maria’s appeal to the public.

Her father married four times and the last of these to Frances, a year younger and a confidante of Maria, who pushed them to travel more widely: London, Britain and Europe were all now visited.

The second series of ‘Tales of Fashionable Life’ (1812) did so well that she was now the most commercially successful novelist of her age.

She particularly worked hard to improve the living standards of the poor in Edgeworthstown and to provide schools for the local children of all and any denomination.

After a visit to see her relations Maria had severe chest pains and died suddenly of a heart attack in Edgeworthstown on 22nd May 1849. She was 81.