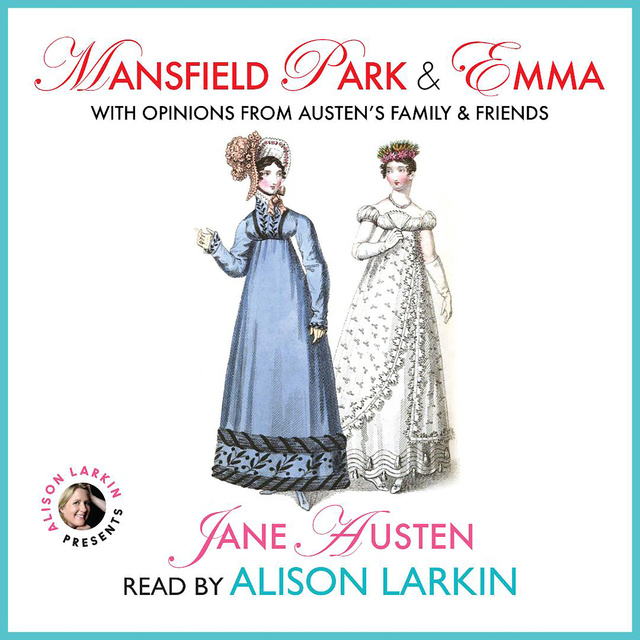 Mansfield Park and Emma: With Opinions from Austen’s Family and Friends

Mansfield Park and Emma: With Opinions from Austen’s Family and Friends

In this richly rewarding listening experience, Alison Larkin’s acclaimed recordings of Jane Austen’s iconic novels Mansfield Park and Emma are followed by opinions from Austen’s family and friends never before heard on audio.
Like most writers, Jane Austen was interested in what the people closest to her thought of her books. She wrote down their opinions of Mansfield Park and Emma, recording both the bad and the good. These opinions dating from 1814 and 1815 will give solace to any writer whose work has been criticized and will amuse and delight Austen fans worldwide.
“Raised in England by adoptive parents, Alison Larkin was actually born in America. She herself is a comic writer and performer and she approaches Austen as a satirist. She has genuine theatrical skill so her Mrs. Elton, swooping and dipping in flights of arrogant self-serving nonsensical observation, and her Miss Bates, anxious and desperately self-conscious even as she talks without end, are both sustained comic creations. The voice reveals all." (The New Yorker) 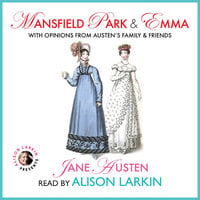