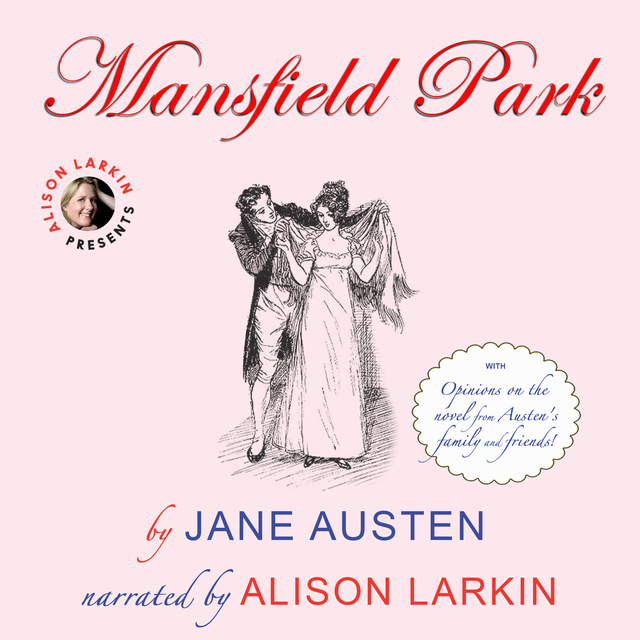 Mansfield Park: with opinions on the novel from Austen's family and friends

Mansfield Park: with opinions on the novel from Austen's family and friends

"Larkin approaches Austen as a satirist...Sustained comic creations." The New Yorker.
Award-winning Austen audiobook narrator Alison Larkin is back with this 'hugely entertaining' recording of Mansfield Park - followed by fascinating bonus material!
“Alison Larkin's narration will captivate listeners from the first sentence. Her delicate voice and perfect English accent sweep the listener back in time, right into the lives of the characters. Austen's nineteenth-century writing style flows off Larkin's tongue, making the dense passages easy to understand.” AudioFile Magazine

Eleven-year-old Fanny Price is ‘adopted’ by wealthy relatives and leaves her life of poverty in Portsmouth for a much better life at Mansfield Park. Dependent, vulnerable and often ignored, her only true friend in her new family is her cousin Edmund. When the reckless, flirtatious Crawfords arrive at Mansfield Park, Fanny must stand up for her principles in order to protect her heart.
Mansfield Park is followed by opinions on the novel by Austen’s family and friends, never before heard on audio.
Like most writers, Jane Austen was very interested in what her family and friends thought of her books. She wrote down their opinions of Mansfield Park, recording both the bad and the good. These opinions dating from 1814 and 1815 will give solace to any writer whose work has been criticized and amuse and delight Austen fans worldwide.
Other acclaimed Austen narrations by Alison Larkin include Pride and Prejudice with Songs from Regency England, Emma, Sense and Sensibility, Northanger Abbey and The History of England, Persuasion and Poems and The Complete Novels. 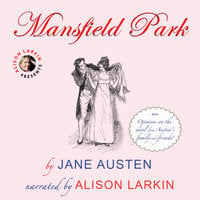