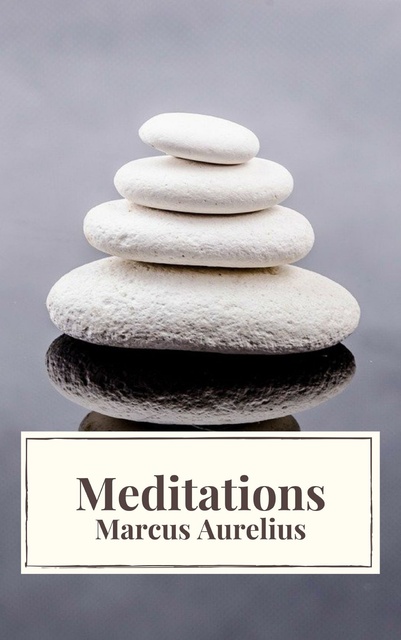 Contains Active Table of Contents (HTML) and ​in the end of book include a bonus link to the free audiobook.

"Meditations" is a series of personal writings by Marcus Aurelius, Roman Emperor from 161 to 180 AD, recording his private notes to himself and ideas on Stoic philosophy. Written nearly 2000 Years ago, Meditations remains profoundly relevant for anyone seeking to lead a meaningful life. The Meditations is divided into 12 books that chronicle different periods of Aurelius' life.

Each book is not in chronological order and it was written for no one but himself. A series of spiritual exercises filled with wisdom, practical guidance, and profound understanding of human behaviour, it remains one of the greatest works of spiritual and ethical reflection ever written. With ancient wisdom that is as relevant in modern times as it was then, Meditations is one of the greatest works of Greek and philosophical literature. Meditation's has continued to influence its readers throughout the centuries.