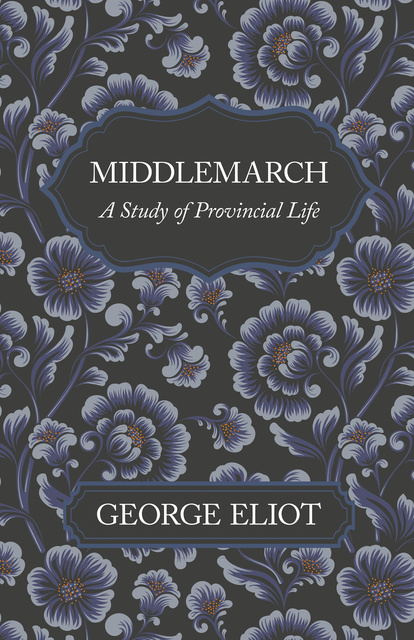 Middlemarch - A Study of Provincial Life

Middlemarch - A Study of Provincial Life

“Middlemarch - A Study of Provincial Life” is an 1871 novel by English author George Eliot. Set in the fictitious Midlands town of Middlemarch, the story revolves around the lives of its inhabitants in the years leading up to the Reform Act in 1832, particularly those of Dorothea Brooke, Tertius Lydgate, Nicholas Bulstrode, and Mary Garth. The novel deals with a variety of themes and issues including marriage, religion, hypocrisy, education, political reform, and the status of women. Although published to mixed reviews, Eliot's “Middlemarch” is now widely considered to be one of the greatest novels ever written in the English language. A veritable classic of English literature without which no bookshelf is complete. Mary Ann Evans (1819–1880), more commonly known as George Eliot, was an English poet, journalist, novelist, and translator. Among the most prominent writers in Victorian England, she wrote seven novels in total, most of which are known for their realism and psychological analyses of provincial English life. Other notable works by this author include: “Adam Bede” (1859), “The Mill on the Floss” (1860), and “Daniel Deronda” (1876). Read & Co. Classics is republishing this classic novel now in a new edition complete with a specially-commissioned new biography of the author.