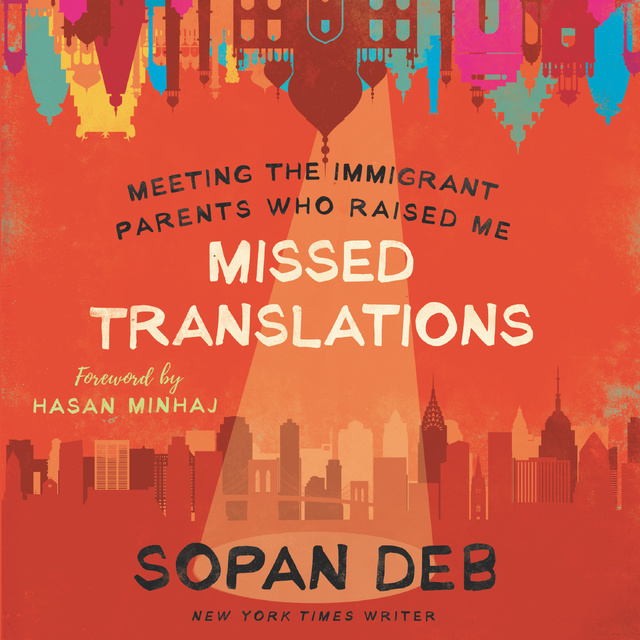 Missed Translations: Meeting the Indian Parents Who Raised Me

Missed Translations: Meeting the Indian Parents Who Raised Me

A bittersweet and humorous memoir of family—of the silence and ignorance that separate us, and the blood and stories that connect us—from an award-winning New York Times writer and comedian.

Approaching his 30 birthday, Sopan Deb had found comfort in his day job as a writer for the New York Times and a practicing comedian. But his stage material highlighting his South Asian culture only served to mask the insecurities borne from his family history. Sure, Deb knew the facts: his parents, both Indian, separately immigrated to North America in the 1960s and 1970s. They were brought together in a volatile and ultimately doomed arranged marriage and raised a family in suburban New Jersey before his father returned to India alone.

But Deb had never learned who his parents were as individuals—their ages, how many siblings they had, what they were like as children, what their favorite movies were. Theirs was an ostensibly nuclear family without any of the familial bonds. Coming of age in a mostly white suburban town, Deb’s alienation led him to seek separation from his family and his culture, longing for the tight-knit home environment of his white friends. His desire wasn’t rooted in racism or oppression; it was born of envy and desire—for white moms who made after-school snacks and asked his friends about the girls they liked and the teachers they didn’t. Deb yearned for the same.

Deb’s experiences as one of the few minorities covering the Trump campaign, and subsequently as a stand up comedian, propelled him on a dramatic journey to India to see his father—the first step in a life altering journey to bridge the emotional distance separating him from those whose DNA he shared. Deb had to learn to connect with this man he recognized yet did not know—and eventually breach the silence separating him from his mother. As it beautifully and poignantly chronicles Deb’s odyssey, Missed Translations raises questions essential to us all: Is it ever too late to pick up the pieces and offer forgiveness? How do we build bridges where there was nothing before—and what happens to us, to our past and our future, if we don't? 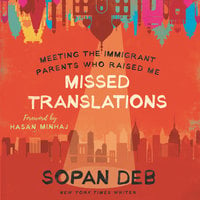