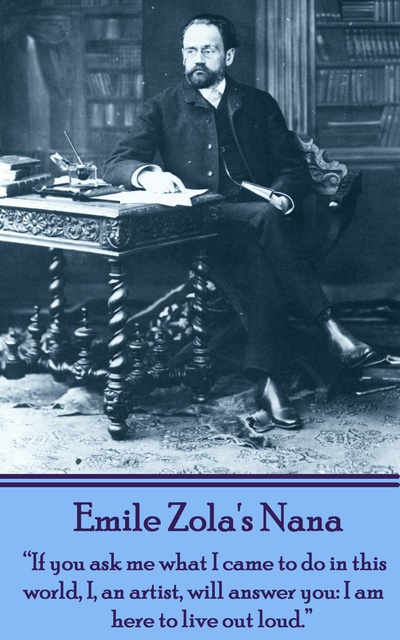 Nana: "If you ask me what I came to do in this world, I, an artist, will answer you: I am here to live out loud."

Nana: "If you ask me what I came to do in this world, I, an artist, will answer you: I am here to live out loud."

Emile Zola is one of the most important novelists of the French tongue. His novel Nana, set at the end of the French Second Empire, tells the story of a beautiful young girl who rises from poverty and prostitution to become an actress at the Théâtre des Variétés. Despite her mediocre performances, numerous gentlemen keep on falling in love with her resplendent appearance. For her manager Bordenave, Nana is the perfect example of how an actress can become a shining star without necessarily knowing how to act or sing. The narrative particularly focuses on the protagonist’s moral decadence when she turns to be a pitiless man-eater. Nana often enjoys ruining her victims as they are helplessly captivated by her irresistible beauty and charm. Throughout the novel, many a man is driven by her to the verge of bankruptcy, imprisonment or even suicide. However, Zola’s paragon of desire and unfaithfulness is to suffer a horrible end as the narrative comes to a close. Indeed, her moral venality seems now to turn into bodily decay after being infected with smallpox. As beautiful Nana lies dying, something similar happens outside to the Second Empire.