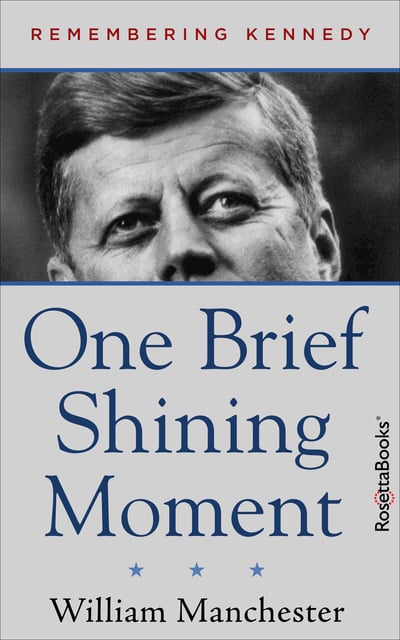 A New York Times–bestselling historian looks back on the Camelot of the early 1960s, and “make[s] the Kennedy days look glamorous again” (Kirkus Reviews, starred review).

In his renowned biographies Portrait of a President and The Death of a President, William Manchester intimately and meticulously detailed the life and death of President John F. Kennedy. One Brief Shining Moment is a celebration of that life, based on Manchester’s own recollections of his time with one of America’s most famous families.

John Kennedy first met William Manchester in 1946, beginning a friendship that would follow him to Washington and eventually the White House. But, beyond the closed doors of the Oval Office, Manchester enjoyed a close relationship with the Kennedys. Drawing on family gatherings in New England, trips along the campaign trail, and informal private talks with JFK himself, this is William Manchester’s personal account of the man behind the legend, someone he truly admired and was proud to call a friend.

One Brief Shining Moment provides a firsthand look at the thought process behind JFK’s most important decisions as president, his drive to move the country in a new direction, and his closest relationships. This is a book about a man, about a life, and about a triumphant moment in American history.