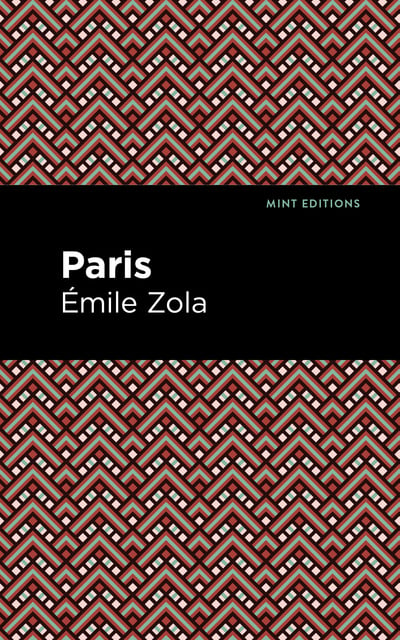 Paris (1898) is a novel by French author Émile Zola. Paris is the final installment in Zola’s celebrated Three Cities Trilogy. Published toward the end of Zola’s career, the trilogy is an ambitious, sweeping study of one man’s struggle with faith in political, religious, and social life. Following his protagonist Abbé Pierre Froment, Zola provides a striking portrait of the soul of modern man in crisis with itself and with an ever-changing world. Paris finds Abbé Froment back in his home city, disheartened in his life and in his faith. Having failed in his quest to reform the Church, he turns his attention from institutional change to helping the poor and sick. As his reputation as an almsgiver grows, he draws the ire of his Church superiors, who are wary of his socialistic ideals. Regardless, Pierre dedicates himself to his subjects, taking in the poverty and destitution of a great city’s slums and forgetting his former ambitions. When a near-death experience involving an anarchist bombing brings him back in touch with his estranged brother Guillaume, Froment begins to wonder whether his fate must rely on an institution unwilling, and perhaps unable, to change. In the thrilling conclusion to his Three Cities Trilogy, Zola explores the meaning of faith in a faithless world through the eyes of one good man. With a beautifully designed cover and professionally typeset manuscript, this edition of Émile Zola’s Paris is a classic work of French literature reimagined for modern readers.