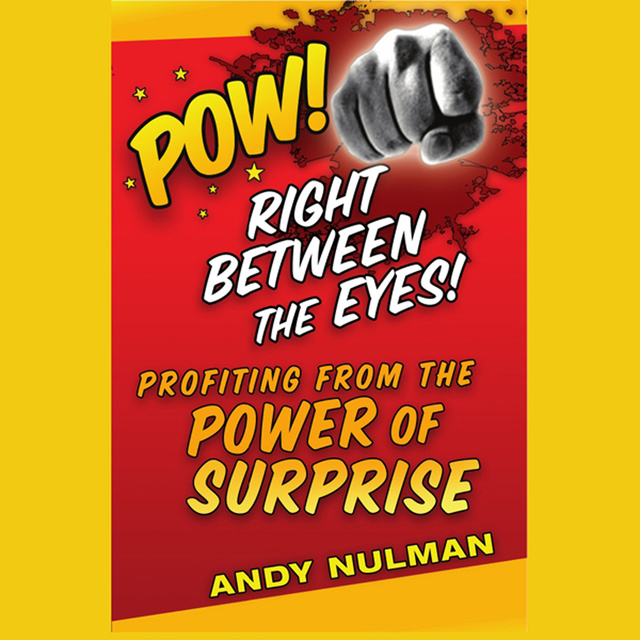 Pow! Right Between the Eyes: Profiting from the Power of Surprise

Pow! Right Between the Eyes: Profiting from the Power of Surprise

Pow! Radical new methods for reaching jaded, cynical consumers Put simply, when it comes to your business, your new idea, even yourself, this book can be the difference between a Who cares? and a Holy cow! Business, both big and small, is in desperate need of new ways to inspire bored and cynical consumers who have grown weary of the same old song and dance. In todays information economy, it doesn't matter how many people you reach, but how much attention they pay. And the best way to get attention is with the powerful, but largely misunderstood, element of surprise. Pow! Enter Andy Nulman with the art of surprise marketing. An explosive new outlook, surprise marketing solidifies the bond between you and your customers like nothing else, and keeps them coming back for more by providing a continuous flow of what they never expected. Pow! Right Between the Eyes reveals the secrets, theories, and tactics of surprise marketing, and wields outrageous real-world examples (and even more outrageous tools like The Lubricant to Yes and Euphoric Shock) to help expand the boundaries of the extreme and create a bigger bang for bigger profits. On his quest to unlock the secret of why some things knock your socks off and others put you to sleep, Nulman shares insights from director Alfred Hitchcock, designer Philippe Starck, playwright David Mamet, Family Guy creator Seth McFarlane, Harvard psychologists, songwriters, bloggers, and even the inventor of Pirate Booty snack chips. And he shows how todays smartest companies are winning big with surprises stories like: How Oprahs shocking announcement that Everybody gets a car! sent her Web site traffic up 800% and helped the Pontiac G6 outsell its competitors by 20% How Target earns $7 billion a year in free publicity with stunts like a floating temporary store in New Yorks Hudson River or putting on a vertical fashion show where acrobat models walked down the side of Rockefeller Center How Bear Naked Granola reversed the trick-or-treat tradition by sending costumed street teams door-to-door to give away granola samples on Halloween Andy Nulman is a wildly-successful businessman and even wilder public speaker who first learned the power of surprise working with Jay Leno, Jerry Seinfeld, Jim Carrey, and many other comedians as the cofounder and CEO of the Just For Laughs Festival, the worlds largest comedy event. His book shares hilarious and effective surprise promotions that he himself dreamed up for the event and in his current position as cofounder, President, and CMO of Airborne Mobile, which brings brands like Maxim, Family Guy, and the NFL to the mobile media world. Don't forget to read the books two forewords by the legendary John Cleese and CBS Late Late Show host Craig Ferguson. Surprising choices for a business book? Well what did you expect? 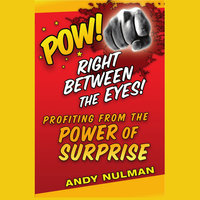