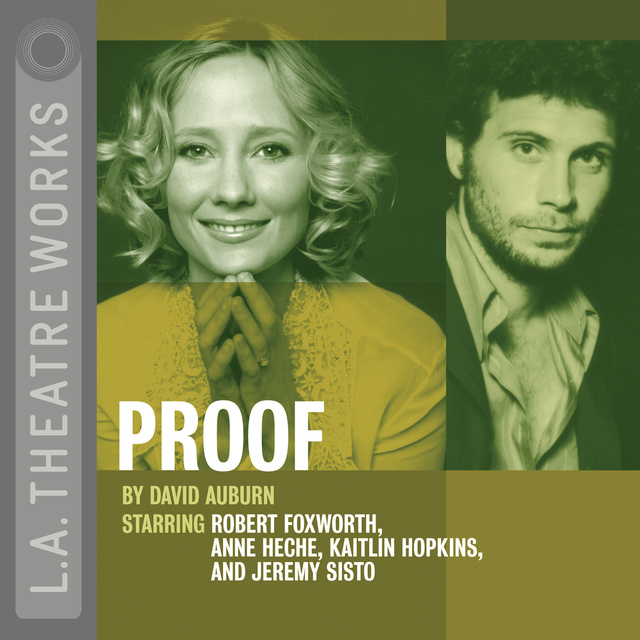 An enigmatic young woman. A manipulative sister. Their brilliant father. An unexpected suitor. One life-altering question. The search for the truth behind a mysterious mathematical proof is the perplexing problem in David Auburn's dynamic play. Proof won both a Tony Award for Best Play and the Pulitzer Prize for Drama.

Interviews with neuropsychologist Dr. Carrie Bearden of UCLA about mental illness and mathematician Steven Strogatz, professor at Cornell University's School of Theoretical and Applied Mathematics about gender bias in the field of math.

Directed by Jenny Sullivan. Recorded before a live audience at the Skirball Cultural Center, Los Angeles in January of 2003.

Proof is part of L.A. Theatre Works’ Relativity Series featuring science-themed plays. Major funding for the Relativity Series is provided by the Alfred P. Sloan Foundation to enhance public understanding of science and technology in the modern world. 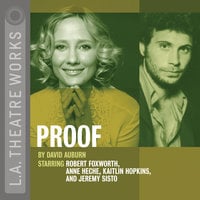