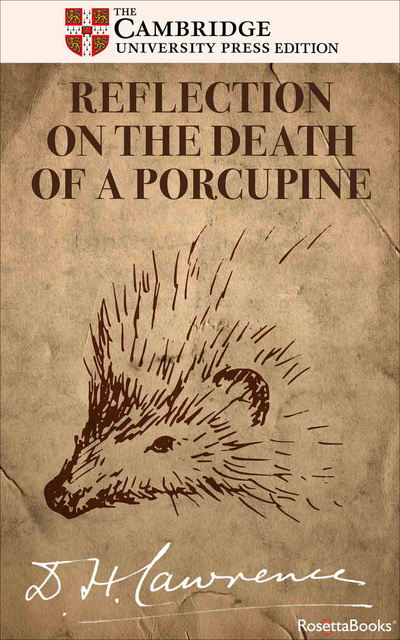 Reflection on the Death of a Porcupine: And Other Essays

Reflection on the Death of a Porcupine: And Other Essays

This collection of essays by the author of Lady Chatterley’s Loverpresents his musings on literature, politics and philosophy in a newly restored text.

Between 1915–1925, D. H. Lawrence wrote a series of “philosophicalish” essays covering topics ranging from politics to nature, and from religion to education. Varying in tone from lighthearted humor to spiritual meditation, they all share the underlying themes of Lawrence’s mature work: “Be thyself. ”

As far as possible, the editors of the Cambridge Editions series have restored these essays to their original form as Lawrence wrote them. A discussion of the history of each essay is provided, and several incomplete and unpublished essays are reproduced in an appendix.