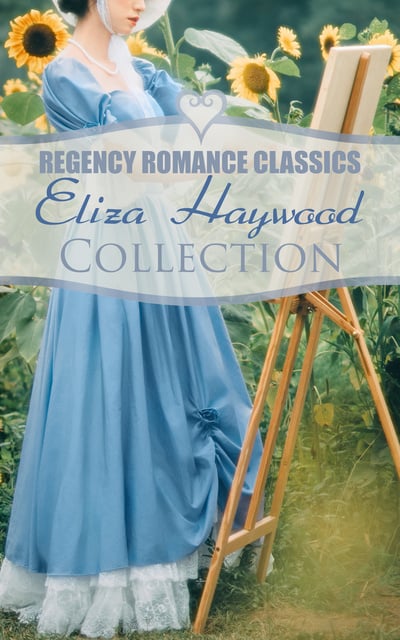 E-artnow presents to you the anthology of Regency Classics, Eliza Haywood edition. This volume includes her greatest and most controversial novels:
Fantomina
The History of Miss Betsy Thoughtless
The Fortunate Foundlings
Love in Excess
Anti-Pamela
Pamela (by Samuel Richardson)
Eliza Haywood (1693-1756), was an English writer, actress and publisher. Haywood is a significant figure of the 18th century as one of the important founders of the novel in English. Eliza Haywood's prolific works, seen as "the fair triumvirate of wit", moved from titillating romance novels to the amatory during the early 1720s to works, focusing more on "women's rights and position". An increase in interest and recognition of Haywood's literary works began in the 1980s