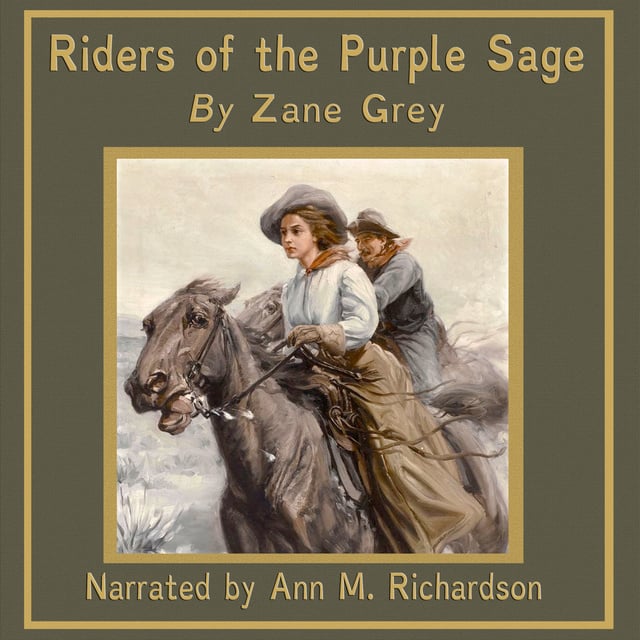 Zane Grey’s Riders of the Purple Sage has been called “the most popular western novel of all time” (Fred Stenson, 2004). Critic Russell Nye wrote that it “combined adventure, action, violence, crisis, conflict, sentimentalism, and sex in an extremely shrewd mixture,” and it played a critical role in shaping the formula for the Western novel.

First published by Harper & Brothers in 1912, it tells the story of Jane Withersteen, a sincere and faithful young Mormon woman who is persecuted by members of her own Mormon fundamentalist church. Left in an unusual situation for a Mormon woman of her time, the as yet unmarried Jane Withersteen had inherited a large and rich piece of property from her father. Elder Tull, a church leader, wants her to marry him, but she does not want to, a refusal he does not brook well.

“Where I was raised a woman’s word was law. I ain’t quite outgrowed that yet.”
― Zane Grey, Riders of the Purple Sage

Withersteen is beset by troubles, but throughout much of the novel she struggles with her “blindness” and inability to fully grasp the nature of her church and its leaders. A number of friends, including Bern Venters and Lassiter, a famous gunman and killer of Mormons, do their best to help her, but her strong adherence to her creed compel her to prevent Venters and Lassiter from killing the adversaries who are slowly ruining her.

Told by a master storyteller, Zane Grey’s “popularity was neither accidental nor undeserved,” wrote Nye. “Few popular novelists have possessed such a grasp of what the public wanted and few have developed Grey’s skill at supplying it.” 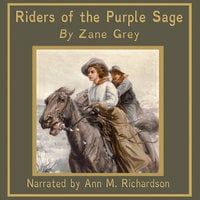