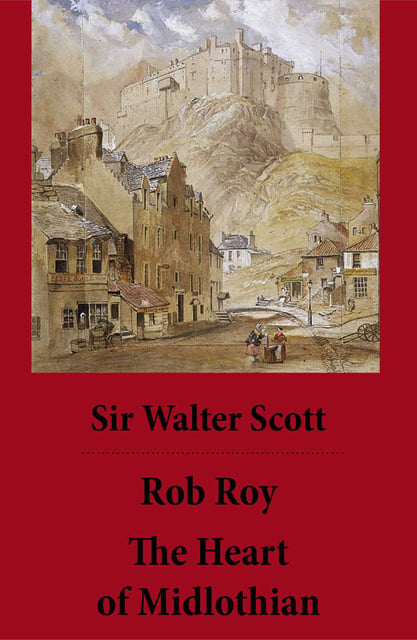 Rob Roy + The Heart of Midlothian

Rob Roy + The Heart of Midlothian

This carefully crafted ebook: "Rob Roy + The Heart of Midlothian (2 Unabridged and fully Illustrated Classics with Introductory Essay and Notes by Andrew Lang)" is formatted for your eReader with a functional and detailed table of contents. Rob Roy (1817) is a historical novel by Walter Scott. It is a tale of adventure in the 18th century, set in the Scottish highlands, whose hero is the legendary maverick outlaw Rob Roy Macgregor. Though Rob Roy is not the lead character, his personality and actions are key to the novel's development. The Heart of Midlothian is a novel of Scottish history by Sir Walter Scott, published in four volumes in 1818. It is often considered to be his finest novel. The Old Tolbooth prison in Edinburgh is called "the heart of Midlothian," and there Effie Deans is held on charges of having murdered her illegitimate son. Her sister, Jeanie Deans, makes a dangerous journey through outlaw-infested regions to London to seek the queen's pardon for Effie. Justice and Scottish Presbyterianism are discussed at length, and issues of conscience provide the novel's themes. Sir Walter Scott (1771-1832) was a prolific Scottish novelist, poet, historian, and biographer who is often considered both the inventor and the greatest practitioner of the historical novel.