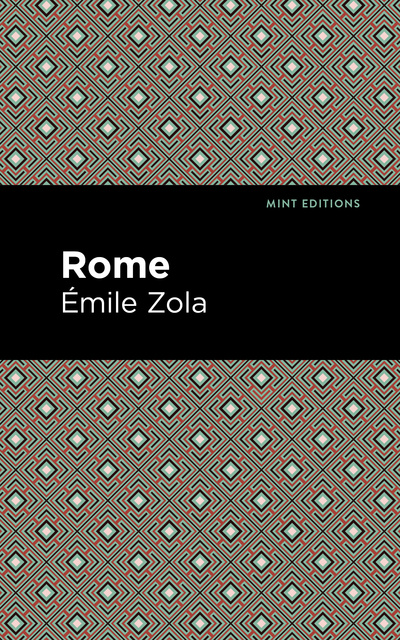 Rome (1896) is a novel by French author Émile Zola. Rome is the second installment in Zola’s celebrated Three Cities Trilogy. Published toward the end of Zola’s career, the trilogy is an ambitious, sweeping study of one man’s struggle with faith in political, religious, and social life. Following his protagonist Abbé Pierre Froment, Zola provides a striking portrait of the soul of modern man in crisis with itself and with an ever-changing world. In Rome, Abbé Froment—inspired by his pilgrimage to the holy city of Lourdes—writes a book on socialistic Catholicism aimed at reforming the Church in order to benefit its most vulnerable subjects. Facing censure from Vatican officials, he travels to the heart of the Catholic world, where he hopes to gain an audience with the Pope in order to vindicate himself. Filled with hope, and perhaps more than a little naïve, Froment believes he can inspire radical institutional changes for the Church. When he gets to Rome, however, he finds himself waiting endlessly for his chance to arrive. As days turn into weeks, and weeks turn to months, Pierre grows tired of the city’s ancient beauty, which never fails to remind him of his fate as a member of an institution brought low by its commitment to tradition. Soon, he is faced with a choice—to continue to hope for change, or to change his own, small life. With a beautifully designed cover and professionally typeset manuscript, this edition of Émile Zola’s Rome is a classic work of French literature reimagined for modern readers.