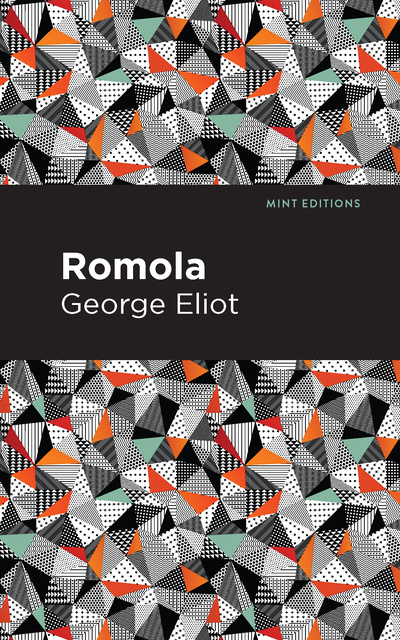 Romola is a brilliant young woman who unknowingly falls in love with a handsome stranger whose true nature is fueled by greed, status and ego. Over the course of the novel, she uncovers his many transgressions and secret dealings.

A handsome stranger called Tito Melema arrives in Florence and is immediately smitten by Romola—the daughter of a local scholar. The two eventually marry as Tito gains access to various social circles. He becomes an influential figure who’s eager to gain more status and approval. His selfish desires come at the detriment of his loved ones including Romola and his adoptive father. As Florence erupts into political warfare, Tito’s need for self-preservation comes at an unexpected cost.

Romola is a period drama that was originally released from 1862-1863 as a fourteen-part series in Cornhill Magazine. The scope of Eliot’s storytelling incorporates critical historical events alongside a fictional family conflict. It’s a complex story that pushes the limits of compassion and understanding during a dire circumstance.

With an eye-catching new cover, and professionally typeset manuscript, this edition of Romola is both modern and readable.