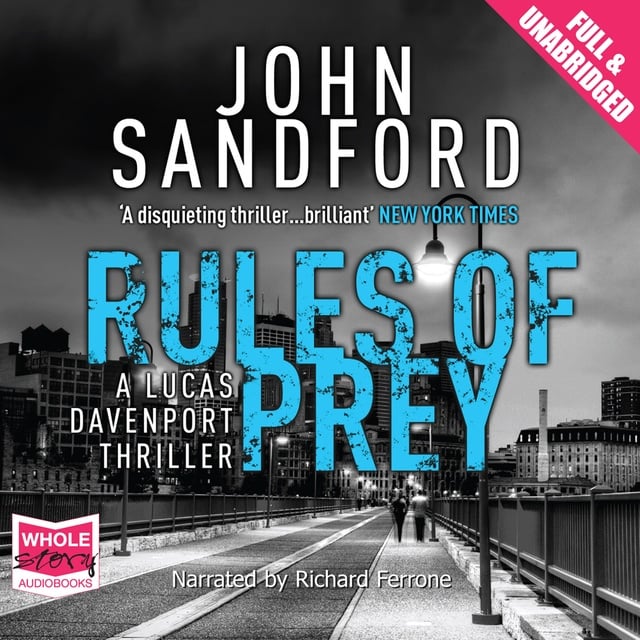 The killer was mad but brilliant.

He left notes with every woman he killed. Rules of murder: Never have a motive. Never follow a discernible pattern. Never carry a weapon after it has been used...So many rules to his sick, violent games of death.

But Lucas Davenport, the cop who’s out to get him, isn’t playing by the rules.

'Terrifying... Sandford has crafted the kind of trimmed-to-the-bone thriller that is hard to put down… scary... intriguing... unpredictable' —Chicago Tribune

'Rules of Prey is so chilling that you’re almost afraid to turn the pages. So mesmerizing you cannot stop... A crackle of surprises' —*Carl Hiaasen

'Sleek and nasty... A big scary, suspenseful read, and I loved every minute of it' —Stephen King

'A cop and a killer you will remember for a long, long time' —Robert B. Parker 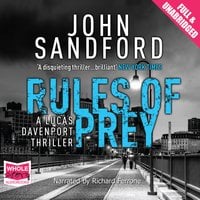