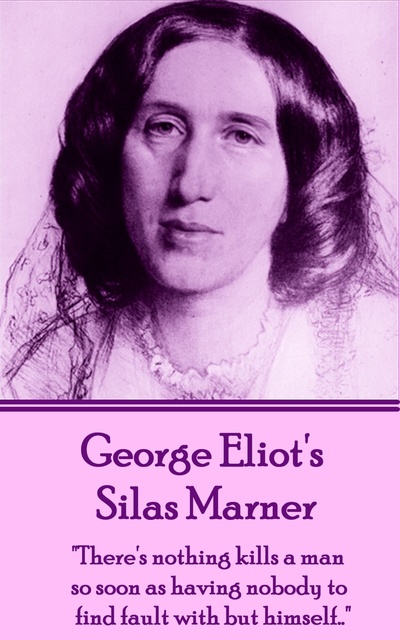 Silas Marner: "There's nothing kills a man so soon as having nobody to find fault with but himself…"

Silas Marner: "There's nothing kills a man so soon as having nobody to find fault with but himself…"

George Eliot’s Silas Marner is a 19th-century tale of injustice, betrayal, love and faith. It tells the story of a simple and hard-working weaver who is falsely accused of theft, stigmatized by the local community and pushed to leave his native town to live as a recluse. Leading a hermit’s life, he spends all his time at the spinning wheel. His labor enables him to amass loads of gold which, to his great misfortune, are stolen from him. Amidst his disconsolate existence, fate rewards the poor weaver when a golden-haired little girl comes at his door on a winter’s night. Silas decides to adopt the parentless child and names her Eppie after his deceased mother. The lovable girl succeeds in giving meaning and purpose to Silas’ life. In one of the story’s subplots, the child’s father is revealed to be the son of the town’s major landowner. Eppie refuses to leave Silas, however, and her natural father keeps on flooding them with valuable gifts. The thief of Silas’ gold is eventually found dead and the money is given back to its owner. The narrative ends happily when Eppie, who grows up to be a source of respect and pride for her adoptive father in the town, marries the son of Silas’ amiable neighbor.