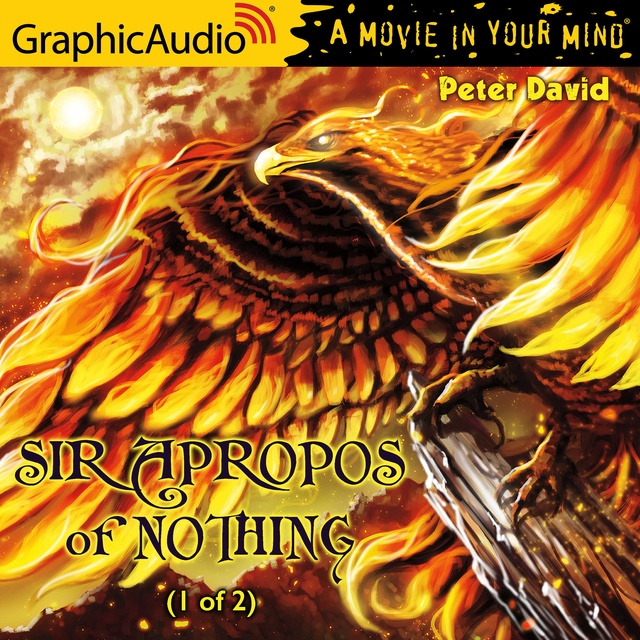 Sir Apropos of Nothing (1 of 2) [Dramatized Adaptation]

Sir Apropos of Nothing (1 of 2) [Dramatized Adaptation]

In the grand tradition of Blackadder and Monty Python and the Holy Grail is the story of an anti-hero who can't help but find his way to greatness whether he likes it or not.

Apropos is a rogue, a rascal, a scoundrel, a cheat...and those are his good points. Lame of leg but fast of wit, the only reason Apropos doesn't consider chivalry dead is because he's not yet through with it. An orphan with a chip on his shoulder, Apropos, travels to the court of the good King Runcible, with three goals in mind: to find his father, seek retribution for the death of his mother, and to line his own pockets. However, Apropos carries the most troublesome burden a would-be harbinger of chaos can bear: He may well be a hero foretold, a young man of destiny. It is not a notion that Apropos finds palatable, having very low regard for such notions as honor, selflessness, or risking one's neck. Yet when Apropos finds himself assigned as squire to the most senile knight in the court-Sir Umbrage of the Flaming Nether Regions, whose squires tend to have a rather short life span—Apropos is forced to rise to the occasion lest he be dragged under—permanently. 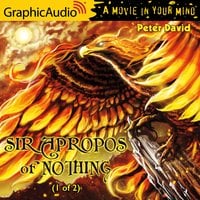