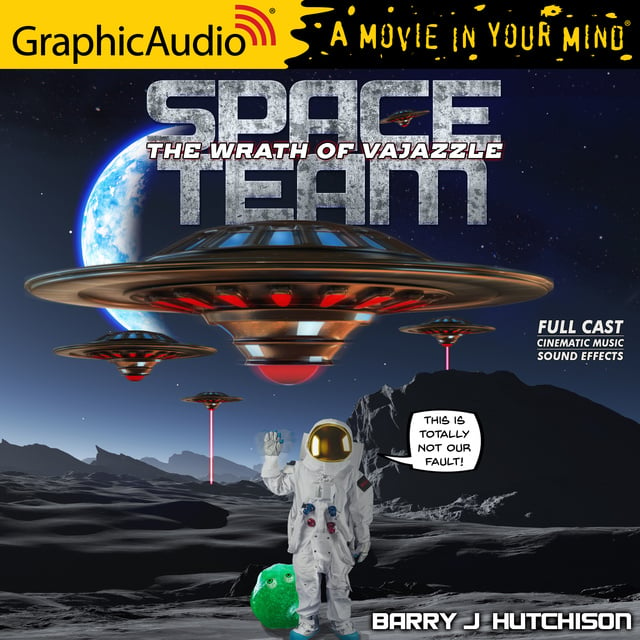 The Snarkiest Sci-Fi Series in the Galaxy is Back! After saving an alien race and its god from a sentient zombie virus, Cal Carver and the crew of the Dread Ship Shatner are feeling pretty pleased with themselves. Unfortunately, the creator of the zombie virus is out for revenge, and has recruited the galaxy's deadliest - and oldest - assassin, Lady Vajazzle, to hunt Space Team down. But when Vajazzle discovers the crew is under the protection of a wolf-like species known as the Greyx, she is forced to implement a Plan B so diabolical it threatens to plunge the entire star system into chaos. With time running out, Cal must find a way to outmaneuver and outgun the galaxy's greatest killer before she murders his friends, butchers the Greyx, and buys the whole galaxy a one-way ticket to total annihilation. Featuring murderous senior citizens, a moon of death, and a pointy stick that could change the fate of the universe, Space Team: The Wrath of Vajazzle is the second relentlessly funny science fiction story in the bestselling Space Team series by award-winning author, Barry J. Hutchison. Performed by Phil Thron, Danny Gavigan, Carolyn Kashner, Darius Johnson, Yasmin Tuazon, Christopher Walker, Nanette Savard, Zeke Alton, Bradley Smith, Steve Wannall, Christopher Williams, Karen Novack, Colleen Delany, Ken Jackson, Christopher Graybill, Anthony Palmini, Richard Rohan, Chris Stinson and Scott McCormick. 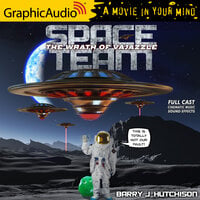