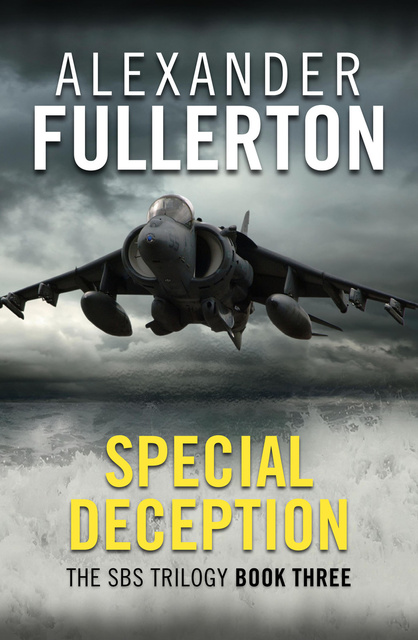 An incredibly dangerous and secret mission in a tumultuous Syria.
Charlie Swale of the SAS would never have dreamed of betraying his country. But nor could he ever have imagined that the Soviets would be able to dupe him.

Charlie had been a hero in his day. Then he’d hit the bottle. And then he’d hit hard times. So when he is given the chance to redeem himself in a top-secret SBS mission to Syria, he knows he has to pull it off.

Fuelled by a new sense of purpose and ambition, Charlie travels to the arid unforgiving desert plains, where he stumbles into a political minefield. Almost before he knows it, Charlie finds himself on the point of blowing international relations sky-high…

The awe-inspiring finale to the SBS Trilogy, this is Fullerton at his best. Special Deception is a triumph, perfect for fans of Alistair MacLean and Frederick Forsyth.
Praise for Alexander Fullerton
‘His action passages are superb, and he never puts a period foot wrong’ Observer

‘You don’t read a novel by Alexander Fullerton. You live it’ South Wales Echo