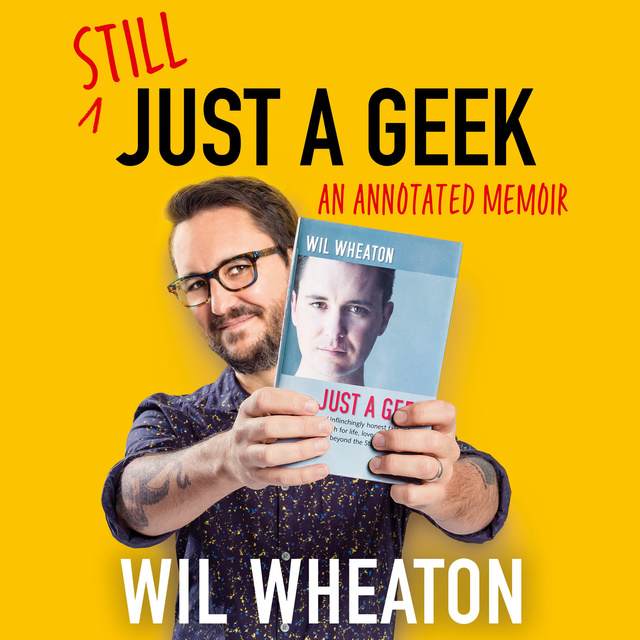 Celebrated actor, personality, and all-around nerd Wil Wheaton updates his memoir of collected blog posts with all new material and annotations as he reexamines one of the most interesting lives in Hollywood and fandom!
Wil Wheaton grew up.

Ideally, this is what everyone does. But most of us don’t do it in front of millions of people. Wil was a very famous kid – right up until he wasn’t. After that, he wasn’t sure who he was at all.

So, in 2001, he started a blog. It was less about being a famous child than about being a not-so-famous grownup. He wrote about his pets and his hobbies, punk rock and parenting, board games and birthdays and (most importantly) burritos.

He thought he was writing for an audience of one: himself. To be fair, he was only off by about 3 million people. In Still Just a Geek, an older, somewhat wiser Wil revisits Just a Geek, his 2004 collection of posts from that blog, with all-new reflections on nerd culture, fame, love, trauma, tragedy, and confronting the worst parts of yourself.

Equal parts funny and poignant, Still Just a Geek explores the folly of youth and the pain of experience – and all the strange, awful, beautiful adventures in between. 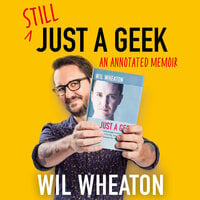