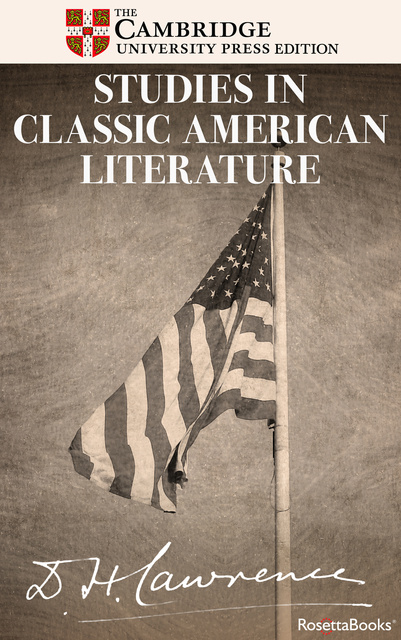 The author of such classics as Sons and Lovers and The Rainbow critically examines classic American literature in this collection of essays.

This anthology provides a deep look at D. H. Lawrence’s thoughts on American literature, including notable essays on Benjamin Franklin, Edgar Allan Poe, Nathaniel Hawthorne, Herman Melville, and Walt Whitman. Originally published in 1923, this volume has corrected and uncensored the text, and presents earlier versions of many of the essays.