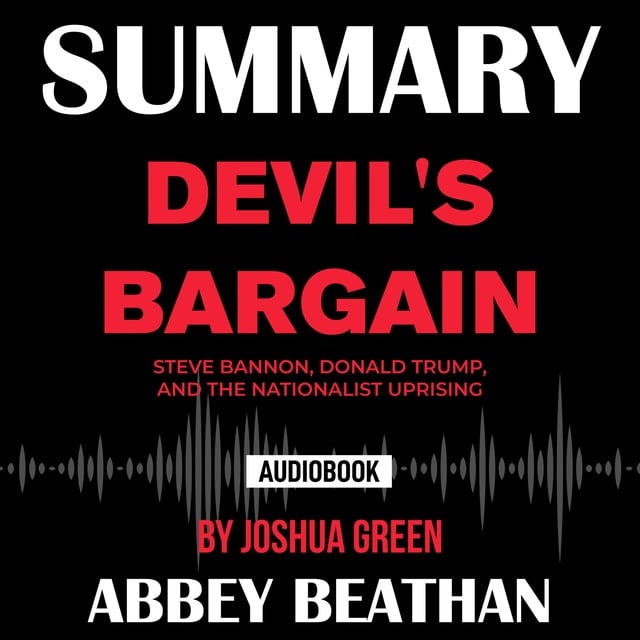 Joshua Green offers you the key to understanding the rise and the fall of Hillary Clinton, and the forces that acted behind the screen and ensured Trump's victory.

Based on six years of research, Green offers us the ultimate book that tells us everything about the events that put Trump in the White House. A brilliant bestselling title that will inform you about what's really happening in the United States, like Bannon's years-long plot to destroy Hillary Clinton which was a significant factor that influenced Trump's victory. That and much more will be discussed in Devil's Bargain, a book where you'll learn that nothing is as it seems.

"What he wanted the media to cover, constantly and at length, was only one thing: Donald Trump. " - Joshua Green

The alliance of Trump and Bannon was too powerful and caught everyone off-guard. It was just the final phase of a big plan of political insurgency that had been building up silently in America for years. Bannon's scheme was well-thought and made Trump's extraordinary rise possible. You'll finally learn all about Bannon's plan including its phases and objectives.

A book that will make you see the confluence of circumstances that decided the elections clearly. 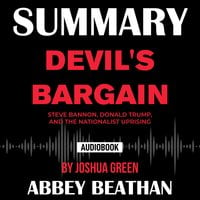