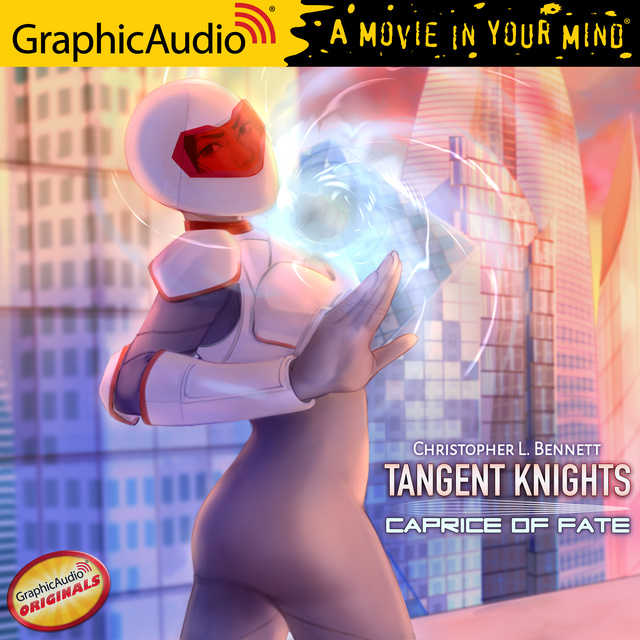 "Graphic Audio ORIGINALS presents a Science Fiction Trilogy with a Superhero Theme. Set roughly half a century in the future on the artificial-island arcology of New Avalon, Tangent Knights centers on Corazón “Cory” Kagami, a bright but impulsive college student who believes in following her passions, resisting the path laid out for her by her mother, the head of a tech conglomerate responsible for astonishing breakthroughs. When Cory is accidentally imbued with an extraordinary powerful “phase armor” during a botched experiment, she defies the expectations of those who underestimated her and readily embraces a superheroic role as Tangent Knight Caprice. Over the course of the trilogy, she breaks through into new worlds and unlocks progressively greater powers, perhaps faster than her judgment can keep up, to the point that Cory herself becomes the ultimate threat her allies must confront. Performed by Richard Rohan, Elaine Yuko Qualter, Bianca Bryan, John Kielty, Tony Nam, Daniel Llaca, Yesenia Iglesias, Emilea Wilson, Duyen Washington, Kay Eluvian, Nazia Chauhdry, Niusha Nawab, Marni Penning, Rob McFadyen, Robb Moreira, and Triya Leong." 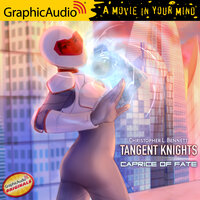