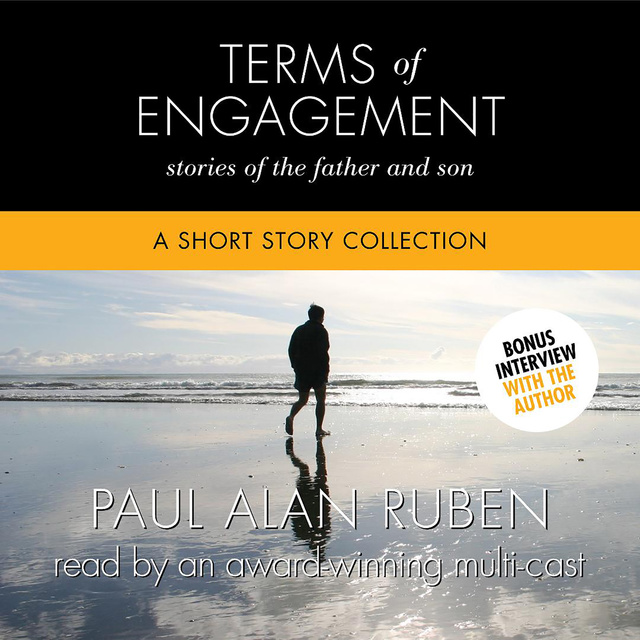 The stories in Terms of Engagement explore father and son as intimate enemies, each yearning to be understood, acknowledged, and validated by the other. Raw and gripping as delivered by a cast of incredible narrators, these nine stories take place in collision territory – where father and son engage in trying to repair their alienation. Despite this, hope is the theme that pulses through the collection. Hope propels: a desperate father’s attempt to get his stay-at-home son off his ass and functioning like an adult; a teenager’s uncertain effort to rescue his emotionally distant father; a thirty-year absentee father’s meticulously constructed strategy to reconnect to his estranged adult son; and a new dad’s effort to break free of repeating the sins of his father.

The breath-taking cast bringing these stories to life have won Audie Awards, Grammy Awards, innumerable AudioFile Earphone Awards, and beyond their narration talents, have been celebrated on stages and screens all over the world.

“A quiet lyricism emerges from these stories and it serves to underscore their emotional impact. Ruben can touch you deeply – and he can break your heart.”–T.C. Boyle

“Who deserves sympathy and who is a jerk? Maybe Oedipus should kill his father on purpose? Maybe father Abraham should ignore the ram and plunge the son? Engage with Paul Alan Ruben’s book and you’ll be left reeling. It sizzles.”—Sena Jeter Naslund 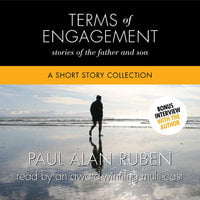