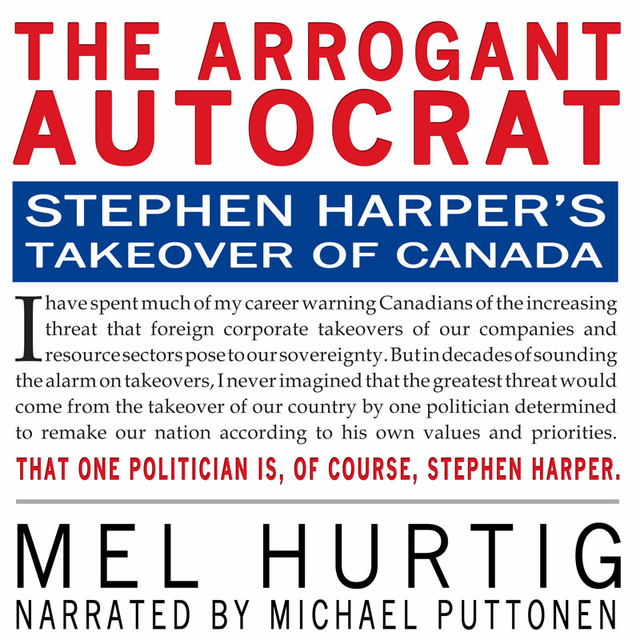 Mel Hurtig, Canadian nationalist, publisher, best-selling author, has been warning Canadians about the negative influences of the excessive corporate takeover of Canada, including the impacts of foreign ownership and so-called free-trade agreements for over four decades.

In this short but important book, Mel Hurtig turns his attention to the devastating impact that the Stephen Harper government has had on Canada, radically altering the democratic, social and economic fabric of the country. He shows how Stephen Harper's single-minded pursuit of big oil and the tar sands, at a time when the world must take dramatic action to arrest climate change, has inflicted enormous damage on our country and on our international reputation.

He contends that Harper rose to power with an agenda so contrary to Canadian principles and values, that the only way he could pursue it was through a takeover of Canadian democracy.

Mel Hurtig is the legendary Edmonton bookseller, publisher and creator of The Canadian Encyclopedia who became a political activist, then an author in 1991 with his huge bestseller The Betrayal of Canada. He is also the author of Pay the Rent or Feed the Kids, The Vanishing Country, Rushing to Armageddon and The Truth About Canada. He is an Officer of the Order of Canada, and has received many honorary degrees and other honours. He lives in Vancouver. 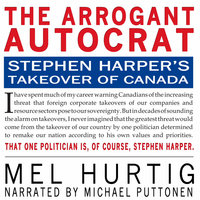