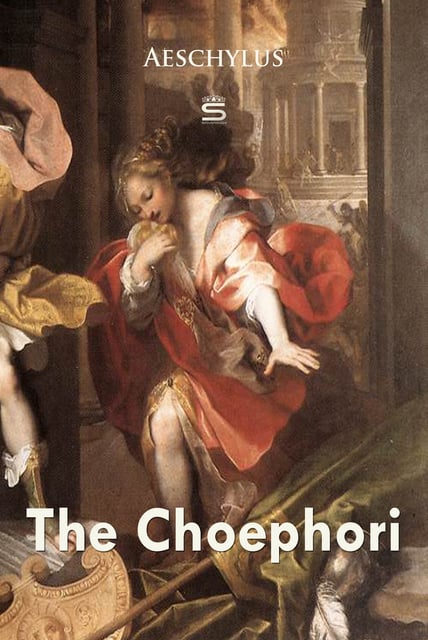 Orestes arrives at the grave of his father, accompanied by his cousin Pylades, the son of the king of Phocis, where he has grown up in exile; he places two locks of his hair on the tomb. Orestes and Pylades hide as Electra, Orestes' sister, arrives at the grave accompanied by a chorus of elderly slave women (the libation bearers of the title) to pour libations on Agamemnon's grave; they have been sent by Clytemnestra in an effort to ward off harm. Just as the ritual ends, Electra spots a lock of hair on the tomb which she recognizes as similar to her own; subsequently she sees two sets of footprints, one of which has proportions similar to hers. At this point Orestes and Pylades emerge from their hiding place and Orestes gradually convinces her of his identity.