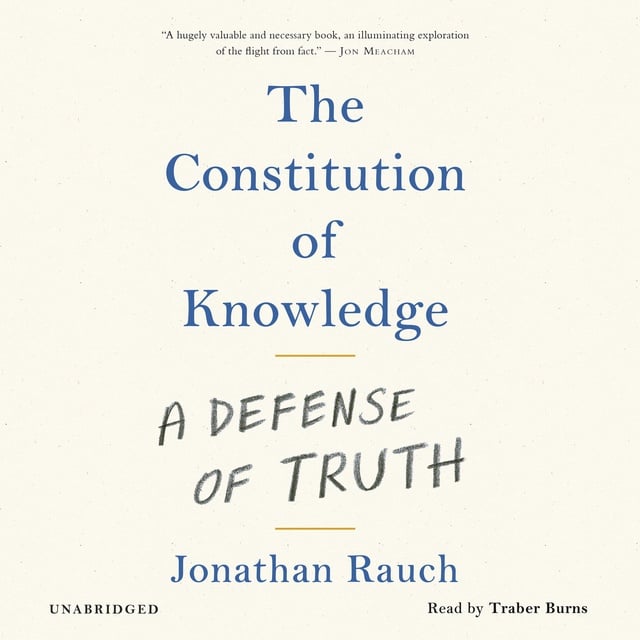 The Constitution of Knowledge: A Defense of Truth

The Constitution of Knowledge: A Defense of Truth

Disinformation. Trolling. Conspiracies. Social media pile-ons. Campus intolerance. On the surface, these recent additions to our daily vocabulary appear to have little in common. But together, they are driving an epistemic crisis: a multifront challenge to America’s ability to distinguish fact from fiction and elevate truth above falsehood.

In 2016, Russian trolls and bots nearly drowned the truth in a flood of fake news and conspiracy theories, and Donald Trump and his troll armies continued to do the same. Social media companies struggled to keep up with a flood of falsehoods and too often didn’t even seem to try. Experts and some public officials began wondering if society was losing its grip on truth itself. Meanwhile, another new phenomenon appeared: “cancel culture.” At the push of a button, those armed with a cellphone could gang up by the thousands on anyone who ran afoul of their sanctimony.

In this pathbreaking book, Jonathan Rauch reaches back to the parallel eighteenth-century developments of liberal democracy and science to explain what he calls the “Constitution of Knowledge”—our social system for turning disagreement into truth.

By explicating the Constitution of Knowledge and probing the war on reality, Rauch arms defenders of truth with a clearer understanding of what they must protect, why they must do so—and how they can do it.

This book is a sweeping and readable description of how every American can help defend objective truth and free inquiry from threats as far away as Russia and as close as the cellphone. 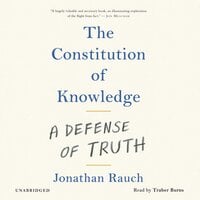