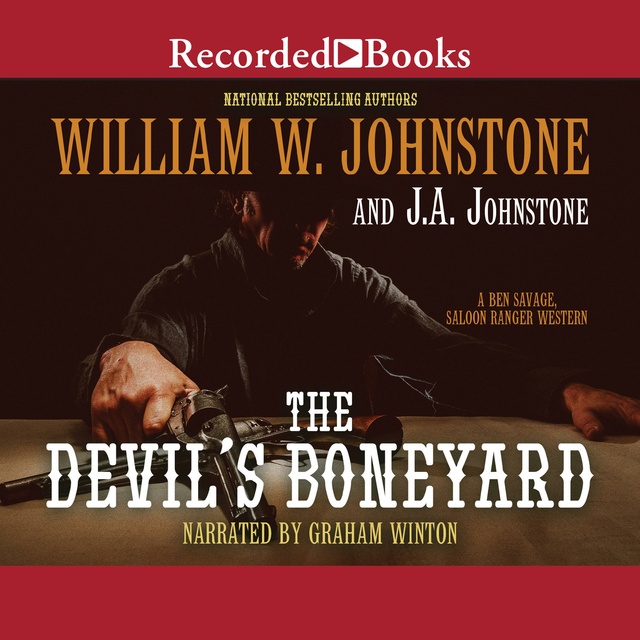 The bestselling Johnstones deliver their second book featuring Ben Savage, a former Texas Ranger-turned bar owner in the rough and tough town of Buzzard's Bluff. The Texas Rose Saloon has a reputation for attracting the wildest characters the Wild West has to offer.
But there's a new owner in town, and when a former lawman like Ben Savage is at the bar, there are two kinds of shots on order: the kind that come from a bottle of whiskey … and the kind that come from the barrel of his gun.

At the Lost Coyote Saloon, you can bet your bottom dollar that some lowlife will try to cheat you, beat you, or defeat you. But bar owner Ben Savage won't let a few bad customers ruin a good time. And he's got the guns to prove it …

JOHNSTONE COUNTRY. HOTTER THAN HADES.
DRINK WITH THE DEVIL

Located in the bullet-riddled heart of Texas, the Lost Coyote Saloon in the town of Wolf Creek is a magnet for drifters, grifters, and outlaws on the run. That's why the bar's manager, the beautiful Rachel Baskin, is glad the new owner is Ben Savage. A former Texas Ranger with a fast draw and low threshold for trouble,
Savage knows how to keep the peace. But when notorious hellraiser Malcolm Hazzard is released from prison—and heading to Wolf Creek to kill the local sheriff—the whole town knows the lawman doesn't have a prayer. There's only one way to stop a devil like Hazzard. It's hard. It's mean. And it's Savage …