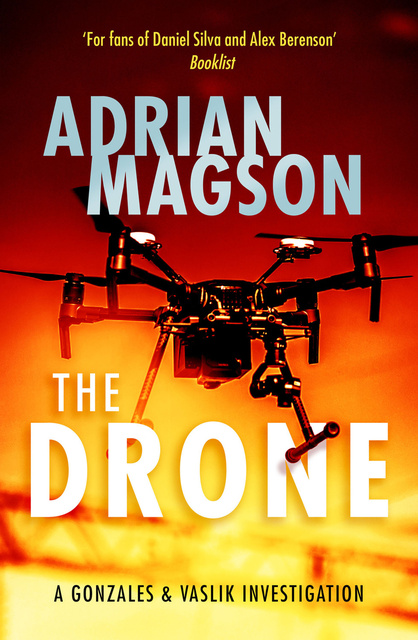 Previously published as The Bid

The prisoner who wakes up in a box miles from anywhere.

The jailer who doesn't question his job.

The shipment of drones stolen from a cargo hub.

The terrorists planning a devastating attack on US soil.

With few clues to go on, the hunt moves from London to New York, gathering speed as they close in on a horrifying plan to kill the US president and inflict total damage on an Air Force base.

The countdown to a new era of destruction has begun. Gonzalez and Vaslik are the only ones who can stop it.

Gritty, exciting and full of suspense, The Drone is a terrific thriller perfect for fans of Daniel Silva, Alex Berenson and Harlan Coben.
Praise for The Drone
'With some intriguing characters (especially private-security experts Gonzales and Vaslik - a nice mix of superheroes and regular folks); some snappy writing; and a timely story, the novel should find a large and enthusiastic audience among fans of Daniel Silva and Alex Berenson' Booklist

'Much of the pleasure in reading this tangled yarn from the prolific Magson comes from putting the pieces together along with his pair of sleuths . . . they have nice chemistry and banter with aplomb' Kirkus Reviews