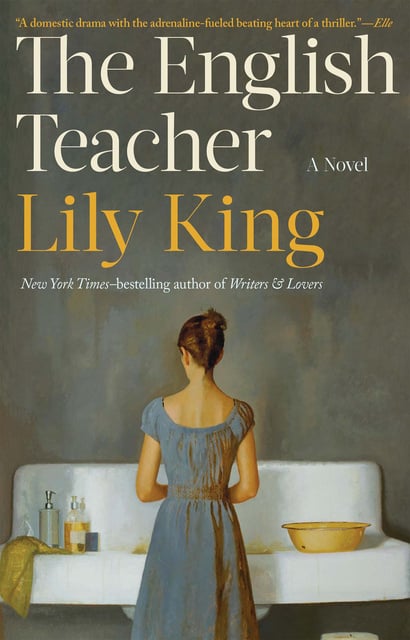 From the author of The Pleasing Hour: A “moving and deeply absorbing” novel of painful truths and the refuge of fiction set in a New England prep school (Newsday).

Fifteen years ago, English teacher Vida Avery arrived alone and pregnant at the elite Fayer Academy. Living on the campus off the coast of New England, she worked to become a beloved fixture of the school—and to shelter herself and her son, Peter, from a painful secret she left behind.

Then she accepts the impulsive marriage proposal of ardent widower Tom Belou, and the prescribed life Vida has constructed begins to come apart. As Peter bonds with Tom and his new stepsiblings, Vida retreats further into the books she teaches. To embrace life and a chance at happiness, she will have to face the nightmares of her former self—and shed the pain she has held onto for far too long.

Following her multiple award-winning debut, The Pleasing Hour, Lily King has written a “domestic drama with the adrenalin-fueled beating heart of a thriller” (Elle).

“King is a wonderfully engaging writer who creates characters and situations we can’t resist. ” —The Washington Post