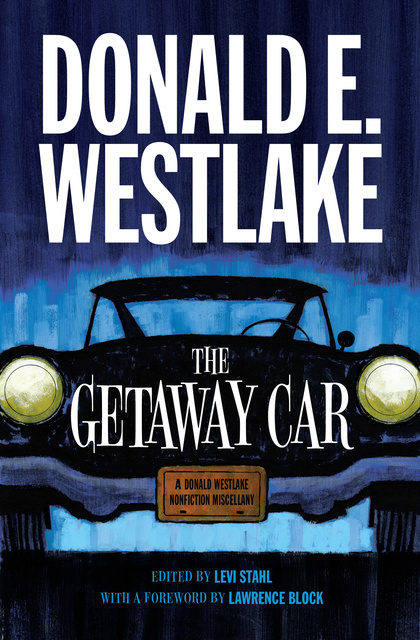 “This is a book for everyone, anyone who likes mystery novels or good writing or wit and passion and intelligence.”—The New York Times

Over the course of a fifty-year career, Donald E. Westlake published nearly one hundred books, including two long-running series starring the hard-hitting Parker and the hapless John Dortmunder. With The Getaway Car, we get our first glimpse of another side of Westlake the writer: what he did when he wasn’t busy making stuff up.

Mixing previously published pieces, many little seen, with never-before-published material found in Westlake’s working files, this compendium offers a clear picture of the man behind the books—including his thoughts on his own work and that of his peers, mentors, and influences. It opens with revealing (and funny) fragments from an unpublished autobiography, then goes on to offer an extended history of private eye fiction, a conversation among Westlake’s numerous pen names, letters to friends and colleagues, interviews, appreciations of fellow writers, and much, much more. There’s even a recipe for Sloth à la Dortmunder. Really.

“This book doesn’t disappoint…Westlake was a hugely entertaining and witty writer. Whether he is writing a letter to his editor or about the history of his genre, he remains true to his definition of what makes a great writer: ‘passion, plus craft.’”—The Guardian

Includes a foreword by Lawrence Block