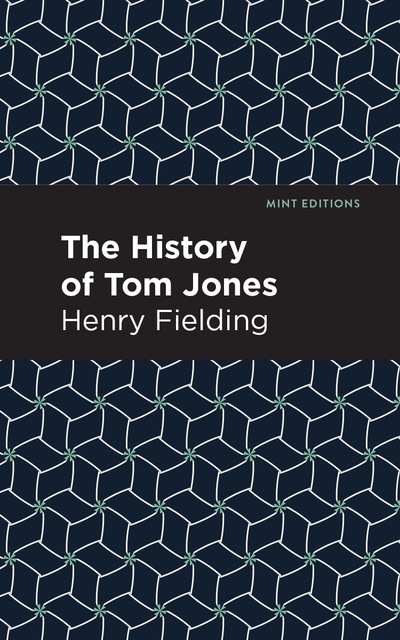 The History of Tom Jones

The History of Tom Jones

Two hundred years have not dimmed Fielding's realism. His humor is closer to our own than that of any other writer before the present century. ”-Kingsley Amis

“The plotting is complex, astonishing and perfect. It brims with good nature and generosity of spirit… . it's full of jokes, suspense, cliffhangers, narrative reversals and pathos. ”-Jonathan Cole

The History of Tom Jones is Henry Fielding's greatest work and one of literature's earliest examples of a fully realized protagonist, with both virtues and vices on abundant display. The picaresque story of the orphan Tom, his exile, then subsequent adventures and loves is bristling with the spirit of mid-18th century Britain yet remains a deeply ambitious novel. The frank portrayal of human nature and innovative narrative structure of this classic continues to entice readers hundreds of years after it's publication.

When Mr. Allworthy, a kind country squire, returns from London he finds a baby boy in one of the beds of his estate. Through his inquiry, he determines that the mother is a local woman named Jenny Jones. Allworthy sends her away from the country, and decides to raise the boy, named Tom Jones, with his unmarried sister in their home. Soon after, Allworthy's sister marries and gives birth to her own boy, known as Blifil. He initially appears to be virtuous, yet as he grows it becomes apparent he inherently deceitful. Years later, when Squire Allworthy falls ill Blifil betrays Tom, and he is banished from the house. In his exile, Tom's adventures across his country begin.

With an eye-catching new cover, and professionally typeset manuscript, this edition of The History of Tom Jones is both modern and readable.