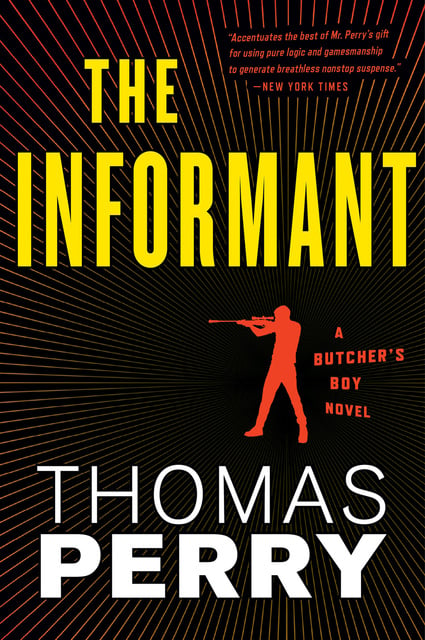 “A master class in thriller writing” from the New York Times bestselling author of The Butcher’s Boy and Sleeping Dogs (Los Angeles Times).

In Thomas Perry’s Edgar Award–winning debut The Butcher’s Boy, a professional killer betrayed by the Mafia leaves countless mobsters dead and then disappears. Justice Department official Elizabeth Waring is the only one who believes he ever existed.

Many years later, the Butcher’s Boy finds his peaceful life threatened when a Mafia hit team finally catches up with him. He knows they won’t stop coming and decides to take the fight to their door. Soon Waring, now high up in the Organized Crime Division of the Justice Department, receives a surprise late-night visit from the Butcher’s Boy. Knowing she keeps track of the Mafia, he asks her whom his attackers worked for, offering information that will help her crack an unsolved murder in return.

So begins a new assault on organized crime and an uneasy alliance between opposite sides of the law. As the Butcher’s Boy works his way ever closer to his quarry in an effort to protect his new way of life, Waring is in a race against time, either to convince him to become a protected informant—or to take him out of commission for good.

“No one makes killing bad guys more fun, no one is smarter at blending research and invention, and no one offers a higher body count of ingenious hits. ”—Library Journal (starred review)