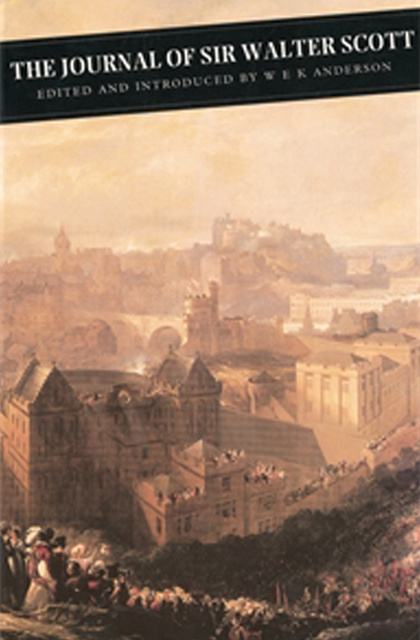 The Journal of Sir Walter Scott

The Journal of Sir Walter Scott

This edition of the great Scottish author’s personal journal is “truly a classic . . . compelling right to the very last unfinished sentence” (Scotland on Sunday, UK).

The celebrated 18th and 19th century Scottish author of such classics as Ivanhoe, Rob Roy, and The Lady of the Lake delivers what many regard as his greatest work: a day-to-day account of the last six years of his life as he navigates financial ruin, bereavement, and increasing ill health. Laboring to pay off debts of more than £120,000, Scott emerges, not simply as a great writer, but as an almost heroic figure whose generosity and even temper shine through at all times.

This edition of Scott’s journals presents a complete edited text and notes drawing on a wealth of other material including correspondence, reminiscences and the memoirs of Scott’s contemporaries. It remains one of the standards by which Scott scholarship is judged.

“Scott’s Journal is a hugely important piece of Scottish, and indeed European literature, published here with an incisive introduction, brilliantly judicious annotation and appendices and an excellent index . . . Walter Scott has never been so readable.” —The Herald, UK