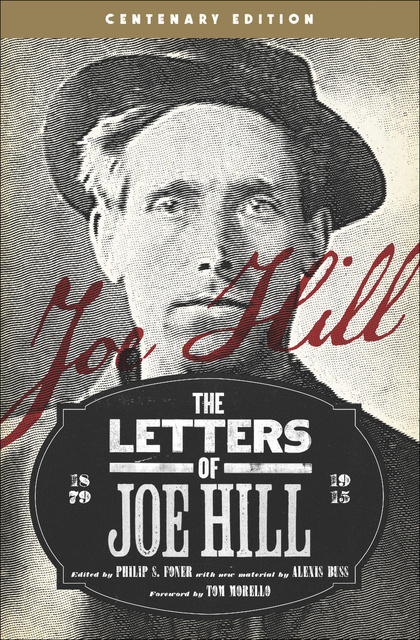 The Letters of Joe Hill

The Letters of Joe Hill

The legendary songwriter and labor rights activist reveals his personal struggles and political philosophy in this collection of letters.

As a proud member of the Industrial Workers of the World, Joe Hill dedicated his life to the union cause. The original bard of the working class, he spread a message of solidarity and struggle through unforgettable, bitingly satirical songs. But after a suspicious arrest and controversial trial, Hill was convicted of murder in 1914. A year later, he was put to death by the capitalist state.

In this collection of letters, many of which were written from prison in Salt Lake City, readers get to know the man behind the legendary songs. Hill corresponds with friends and fellow workers, discussing his case, his life, his music, and cheering on the Wobblies even as he faces death.

“Joe Hill's influence is everywhere. Without Joe Hill, there's no Woody Guthrie, no Dylan, no Springsteen, no Clash, no Public Enemy, no Minor Threat, no System of a Down, no Rage Against the Machine. ” —Tom Morello, from the foreword