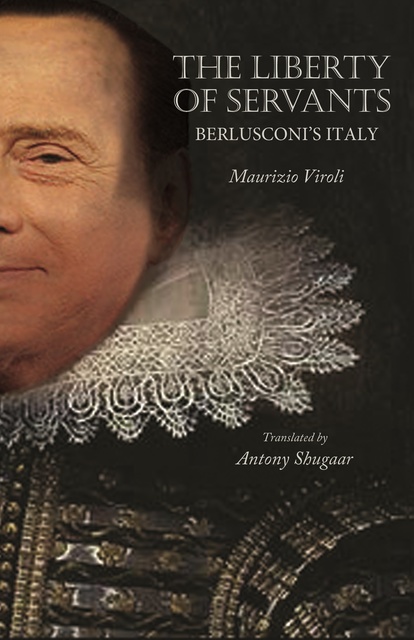 The Liberty of Servants: Berlusconi's Italy

The Liberty of Servants: Berlusconi's Italy

Italy is a country of free political institutions, yet it has become a nation of servile courtesans, with Silvio Berlusconi as their prince. This is the controversial argument that Italian political philosopher and noted Machiavelli biographer Maurizio Viroli puts forward in The Liberty of Servants. Drawing upon the classical republican conception of liberty, Viroli shows that a people can be unfree even though they are not oppressed. This condition of unfreedom arises as a consequence of being subject to the arbitrary or enormous power of men like Berlusconi, who presides over Italy with his control of government and the media, immense wealth, and infamous lack of self-restraint.

Challenging our most cherished notions about liberty, Viroli argues that even if a power like Berlusconi's has been established in the most legitimate manner and people are not denied their basic rights, the mere existence of such power makes those subject to it unfree. Most Italians, following the lead of their elites, lack the minimal moral qualities of free people, such as respect for the Constitution, the willingness to obey laws, and the readiness to discharge civic duties. As Viroli demonstrates, they exhibit instead the characteristics of servility, including flattery, blind devotion to powerful men, an inclination to lie, obsession with appearances, imitation, buffoonery, acquiescence, and docility. Accompanying these traits is a marked arrogance that is apparent among not only politicians but also ordinary citizens.